During the 77th session of the United Nations General Assembly, Pakistan’s Foreign Minister Bilawal Bhutto Zardari held a meeting with the Global Affairs President Nick Clegg of Facebook’s parent company Meta. In the meeting, the Foreign Minister discussed the importance of opening Meta’s offices in Pakistan and how both parties can benefit from it.

During the meeting, the foreign minister briefed Clegg about the opportunities available in Pakistan for the company to grow, and how the country consists of a young population with high teledensity, massive digitization of the economy, and a business-friendly regulatory regime. To quote the Foreign Minister, his words regarding the Pakistani market were;

“Pakistan’s IT sector has registered strong growth in the recent past opening new opportunities for platforms like Meta to expand its operations in Pakistan,”

There was no reassurance or promises by Nick Clegg about opening any offices in Pakistan at the moment but he seemed to agree with the points shared by Bilawal regarding the tech-genius youth that Pakistan has. Clegg briefed Bilawal on the contradiction that Meta’s Pakistan team comprised entirely of Pakistani professionals and decided against answering Bilawal’s request. He also told the foreign minister about Meta’s constant connectivity and capacity-building programs in Pakistan and that the country is the new area of interest for the company and that Meta is looking forward to doing more things in Pakistan. Clegg reaffirmed Meta’s interest in continued engagement with Pakistan to explore modalities of further strengthening collaboration in digital space.

To encourage tech companies like Meta, Pakistan introduced new reforms in October last year. These reforms included Removal and Blocking of Unlawful Online Content (Procedure, Oversight, and Safeguards) Rules, 2021, directing social media platforms to register themselves with the Pakistan Telecommunication Authority (PTA), and also implementation of heavy taxes and fines for the defaulters. As of yet, no company has shown genuine interest in making a real investment in Pakistan. Hopefully, this will change sooner or later as many Pakistani IT experts work in foreign companies remotely or by immigration and they can’t overlook Pakistani IT talent for long.

After the brief discussion of the IT sector of Pakistan, FM Bilawal also showed his regard towards Meta for donating Rs125 million to cope with the humanitarian disaster in Pakistan in the wake of the deadly floods. Foreign Minister Bilawal Bhutto said;

“These are testing times for Pakistan and this donation would be helpful for our flood relief operations,”

The foreign minister said after the floods, the task of full recovery, rehabilitation, and reconstruction cannot be accomplished without the support of the private sector and would need a lot of resources and courage to completely remove the flood’s effects. In response, Clegg expressed his solidarity and sympathy with Pakistan on the devastation caused by unprecedented floods.

UNICEF described the situation as “beyond bleak,” it said an estimated 16 million children have been impacted by the floods, 33 million people have left homeless after the flood swept their homes, more than 2000 people have died, and at least 3.4 million girls and boys remain in need of immediate, lifesaving support. The government says GDP growth will likely drop to 3% from a previous estimate of 5% for the 2022-23 financial year. 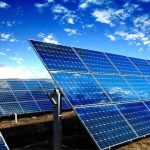