Bill Gates has revealed the feature he most regrets on Windows 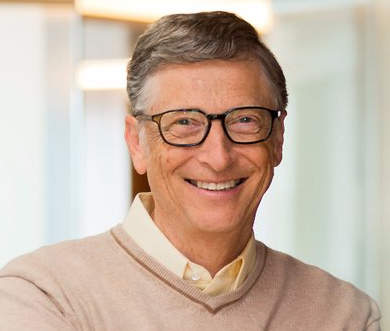 It might have been the go-to solution for millions of Windows users when their computers froze, but Microsoft founder Bill Gates has revealed he wasn’t a fan.

Bill Gates has said that the feature he most regrets about Windows was the humble Control-Alt-Delete shortcut. “If I could make one small edit, I’d make that a single key,” Gates recently rued. Control, Alt, and Delete are three keys that are spatially spread out on a traditional keyboard, and the combination was notoriously hard to press. Each time Windows machines became unresponsive, users had to contort their fingers across their keyboards in order to bring their computers back to life.

But Gates has said that the feature wasn’t meant for users at all — it was meant to be an internal command used by IBM programmers. IBM was developing the keyboards for the first PCs in the 1980s, and its engineers needed a way to quickly reboot their machines while testing. They decided to come up with a handy shortcut — Control-Alt-Delete. The engineer who coded it, David Bradley, had first used Control-Alt-Escape, but he found that these three keys were too close together, and it was easy to bump into the left of the keyboard and accidentally reboot your computer. He then settled on Control-Alt-Delete, which required both hands to be used.

The internal command, however, somehow found its way into IBM’s technical documentation, and was thus inadvertently revealed to the general public. On the first DOS machines and Windows 3.0, it immediately restarted the computer. And later the command had become so popular that Microsoft never replaced it — Windows 95 onwards, pressing Control-Alt-Delete fired up a Task Manager, which could be used to kill offending processes.

Gates said that had he had his way, he’d have made IBM add a key to the keyboard that provided the same functionality. “We could have had a single button. But the guy who did the IBM keyboard design didn’t want to give us our single button,” he said. And thanks to a quirk of history, and a snap decision by an IBM engineer — David Bradley says it took him 5 minutes to code the shortcut before he moved on to other things — a generation of computer users have been giving their computer the three-fingered salute when it misbehaves.

Produced with permission from here. 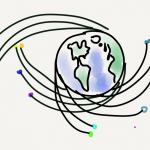 People were asked what the Internet looks like, they came up with the most hilarious drawings!