Bitcoin smashes $8000 barrier to hit yet another 2019 price record

The king of cryptocurrencies — Bitcoin surged above $8000 on Monday to reach $8,325 before giving up some of its gains, according to the data posted on the crypto-indexing website CoinDesk.

As of now, Bitcoin is trading at $8,017 (as of writing) and you can check the converted prices of cryptocurrencies with larger user base on the top of TechJuice homepage here. The latest surge in Bitcoin’s price for a whopping 60.84% over the past month, has compelled crypto enthusiasts to re-think who is the true crypto champ. But what’s the actual reason behind this sudden price hike? Let’s find out.

We know that cryptocurrencies are highly volatile in nature. The sudden rise and fall of prices are one of the things we frequently observed in 2017. That said, Bitcoin price has now hit a base value and now the positive stories such as Samsung and HTC phones carrying Bitcoin or Amazon marketplaces accepting the digital currency is starting to take effect on consumer acceptance.

Meanwhile, Fundstrat co-founder Tom Lee told Bloomberg that “Bitcoin is acting differently since moving above its 200-day moving average.” He is not wrong though; Bitcoin has gone parabolic, almost doubling in price earlier this year where it traded at $4,100.

Moreover, some cryptocurrency experts have also linked the rise in Bitcoin’s price to an influx of dollar-substitute tokens called “tethers,” which have been introduced into the digital market apparently to inject liquidity. Tether is owned and run by the same people as crypto exchange Bitfinex.

Bitcoin has now recorded the highest buying pressure since the late 2017 surge which propelled it to reach the heights of $20,000. The greater interest of global financial giants like Fidelity, E*Trade, and Bakkt has no doubt added to the momentum. 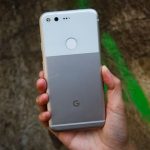