BlackBerry plans to stop making its own phones

BlackBerry has announced that it plans to stop the design and manufacture of its own phones. Instead, the company will continue shifting its focus to its software and security related products. BlackBerry devices will continue to be made, however, the production will be outsourced to third-party manufacturers.

It is worth noting that the latest BlackBerry phone, the DTEK50, was also manufactured by a third-party manufacturer, TCL, with its software coming from BlackBerry.

According to a statement by CEO John Chen in the financial earnings press release, “The company plans to end all internal hardware development and will outsource that function to partners.” Mr Chen highlighted the fact that as part of the company’s new strategy, the company is focusing on software development, including security and applications. This was also evident from the fact that the financial earnings prominently stated the launch and shipment of BlackBerry Radar and BlackBerry Hub+ a number of times.

This shift doesn’t come as a surprise, given BlackBerry’s situation in the smartphone market. Once a major player in the smartphone arena, it has been quite some time since BlackBerry started focusing on enterprise and government clients, while consolidating its reputation for security. The company tried reinventing itself by shifting to Android based phones, while still focusing on the level of security its usual cadre of customers demanded. However the company still failed to gain a foothold in the competitive smartphone market. 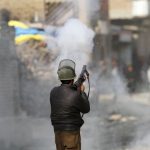