A chance visit with my heroes at Studio Ghibli in Japan inspired me to build my own studio.

When I was a child, I admired the way people made pictures move. I spent long hours watching films by famed Japanese animation company Studio Ghibli—Kiki’s Delivery Service, Porco Rosso, Princess Mononoke—before I could fully understand what their messages were. All I knew was that the films evoked magical worlds where bizarre creatures did outrageous things considered completely normal by the characters around them. They told simple stories in fantastical settings, or vice versa. And they helped me see the beauty in the mundane, and the tragedy in the beautiful.

As I got older, I began to follow Ghibli’s work obsessively, and began to appreciate Ghibli co-founder and director Hayao Miyazaki’s themes of pacifism and environmentalism more deeply. And of course, there was the music. The visuals and the music work symbiotically in a Ghibli film— always integral to the story, just as important as any main character. Joe Hisaishi’s scores complement and give life to Miyazaki’s worlds. The motifs and leitmotifs add such emotional dimension that my heart swells when I hear only a few notes.

Watching animated features and cartoons encouraged me to pick up a pencil and play the piano myself. I went on to study fine arts, music and film—and returning to Pakistan, longed to find a way to combine my love for these mediums. Fast forward to 2015. As the result of giving a TEDxTokyo talk about my love for Japanese animation, I was extended a miraculous invitation to Studio Ghibli. Now,under normal circumstances, one does not get to go to Studio Ghibli on one’s first-ever trip to Japan…or ever, really.

So when I found myself standing outside the studio in front of the “Studio Ghibli” sign nestled in the bushes, it struck me as an incredibly profound moment. Of all the places in the world I’d ever wanted to visit, this was the highest on the list. It was just as imagined it—simple, just a few small house-like buildings in the middle of a Japanese suburb, the humility and charm of the people working inside, the natural lighting and artists at wooden desks. It was sincere and honest.

But even more precious was the guidance they offered me. I got to share my work with my heroes—and they responded by advising me to graduate beyond my love of Ghibli and make something that was truly my own. I felt as though I had received the studio’s blessing. I felt free to explore. I went back to Pakistan inspired.

Back home, I came up with an idea for my own film, ”The Glassworker,” a coming-of-age story about a young boy named Vincent learning the art of glassblowing from his father. As Vincent grows older, he begins to fall in love with one of the people who frequently visit the glass shop, a young girl named Alliz.

It wasn’t long before it felt like the story was drawing and writing itself. Suddenly I had a story concept, characters, a rough script, a lot of the storyboards, and some music composed. I was excited to explore the intricacy and artistry of glassblowing via animation, which I believe to be a first. What I didn’t have was a studio, other animators, a team. The problem with being in Pakistan is that there is no hand-drawn animation industry, and having long been a student of art and animation, I knew there was no way I could make something like this on my own. So I decided to form my own studio, the very first hand-drawn animation studio in Pakistan, Mano Animation Studios.

But how does one build a hand-drawn animation studio in a country with no background in it? The truth is, because there is no such industry here, there are no rules. And because there were no rules, I had no restrictions.

I realized there must be many people like me who loved animation but worked on their own. What if I were to bring some of these artists under one roof? I searched online for likeminded artists, architects, animators and video game designers, and spread the word by holding workshops in art schools about what I wanted to achieve. I managed to gather a small team of incredibly talented professionals from the UK, South Africa, Malaysia and of course Pakistan.

And here’s a funny twist: I chose the name Mano for the studio because it was my first cat’s name, but I found out later that in Spanish it means “hand” — perfect for a studio that will make animation by hand.

We’re already hard at work on “The Glassworker.” And while the final film is years away, I hope that Mano Animation Studios can support a new generation of artists in Pakistan and beyond, creating a community for artists to collaborate on beautiful works of art for years to come.

Reproduced with permission from Usman Riaz. 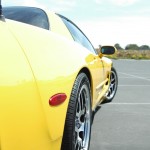 Car pooling service Tripda to shut down its operations