China is all set to become a world leader in A.I, leaving the US behind

There is a lack of realization that China is on course, to become an A.I world leader and “several key Chinese AI companies have already become a major part of everyday life in China, the United States, and the rest of the world.”, reports Forbes.

China’s leaders have turned A.I into a strategic priority as a result of which the Chinese tech industry continues to set global artificial intelligence practices standards. The report from Forbes highlights 3 major reasons behind China’s dominance in the A.I market, such as the access to a huge domestic market comprising of  1.4 billion consumers, the prioritization of A.I by China’s leadership and the protection of its internal market by restricting major players such as Facebook and Google, from entering.

“Companies like Baidu, Alibaba, and ByteDance are clearly at the forefront of AI research, and their products and services are integrating artificial intelligence into daily life in China and beyond.”, the report adds. Soon, western companies will have to look toward China for digital innovations and AI breakthroughs and big data and machine learning.

Earlier, a former Google CEO, Eric Schmidt, also recently warned that China could soon leave the US behind in artificial intelligence and threaten its national security unless it initiated robust measures.

Read More: Ex-Google CEO warns China will leave the US behind in A.I in the next decade 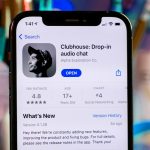 Clubhouse announces accelerator program for creators on its platform