It is now officially illegal in Iran to acquire or trade cryptocurrencies, as the country’s monetary authorities recently reminded citizens and companies. According to Ali Salehabadi, governor of the Central Bank of Iran (CBI), the purchasing and selling of cryptocurrencies and the use of digital assets for investment purposes are illegal.

At the same time, authorized individuals and businesses can lawfully mine crypto that can be used for international settlements. However, the governor stated that mining cryptocurrencies and using them to pay for imports are not against the Islamic Republic’s law.

The CBI chief elaborated on laws set by the bank and other government organizations such as the Ministry of Industry, Mine, and Trade two years ago, saying it is permissible for Iranian enterprises to pay for imports using cryptocurrencies. He was quoted in a story that came out Friday in the English version of the Iranian Labour News Agency (ILNA).

Salehabadi’s remarks come after Deputy Minister of Trade Alireza Peymanpak stated on Tuesday that Iran had placed its first import order using bitcoin as a payment mechanism. The government official, who also serves as the head of the country’s Trade Promotion Organisation, said that the Islamic Republic spent $10 million on digital currency. 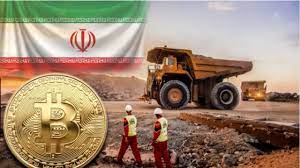 However, Iranian officials are unwilling to accept crypto payments within the country, as Deputy Minister of Communications Reza Bagheri Asl said earlier this year. Crypto trading and investment are also prohibited, and the government has tightened down on local exchanges, allowing only banks and registered currency exchanges to pay for imports with digital currency created in Iran.

Since 2019, when Tehran’s authorities acknowledged mining as a legitimate economic activity, several businesses have been granted permission to manufacture digital currencies such as bitcoin. However, the energy-intensive industry has been implicated as one of the country’s growing electricity shortages and blackouts, particularly during the hot summers, and the cold winter months when heating demands increase.

As a result, registered crypto farms have been instructed to turn off their power-hungry equipment on many occasions over the last two years while the Iran Power Generation, Transmission, and Distribution Company, Tavanir, has gone after unlicensed miners, busting thousands of underground crypto farms.

In residential neighborhoods, illegal facilities are frequently powered by subsidized energy. Last month, the utility promised harsh penalties for illegal mining. According to ILNA, Iranian officials estimate that a single bitcoin mining equipment consumes as much electricity as 24 households.

In his interview, Governor Salehabadi also discussed the CBI’s plan to launch a ‘crypto rial,’ or a central bank digital currency produced by the Iranian monetary authority that is intended to replace paper cash. The central bank told financial firms in April about future legislation for issuing a digital rial, indicating that it is prepared to pilot the CBDC.

Read more: How to buy bitcoin

Read more: Which Important Factors Have An Impact On The Market Price Of Cryptocurrencies? 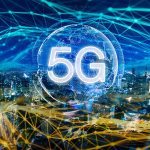