Education Can Provide a Guarantee For Sustainable Growth Referring to a conference at the National Skills University (NSU), Pakistan’s Foreign Minister Bilawal Bhutto Zardari mentioned the importance of promoting education in our country and how it can ensure sustainable growth in our country for the long term. Minister for Education and Professional Training Rana Tanveer Hussain said: “Indeed we need to invest in people and prioritize education.”

Bilawal himself being a highly educated politician highly highlighted the importance of education and appreciated the role of Educationists and Teachers in the country and claimed that he always try to support them. He said:

“Since I took charge in April this year, my top priority has been to promote skill education, It is imperative for us to transform our education system in accordance with modern trends,”

Planning Minister Ahsan Iqbal said the incumbent government was focusing on skill-based education and steps were being taken to promote it.

“It is imperative for us to transform our education system in accordance with modern trends. the government was taking concrete steps to create an effective teaching and learning environment.”

In December 2018, the United Nations General Assembly proclaimed January 24 as the International Day of Education in celebration of the role of learning for peace and development. This is a reminder of our collective duty to help every girl and boy access quality education that is their right, offering them a ladder out of poverty and a path to a promising future.

He said national curriculum reforms were launched under Vision 2025 besides establishing the National Curriculum Council. However, he said the previous government made the reforms agenda ‘controversial’.

He said four important things – curriculum reforms, teachers’ training, examination, and madrassah reforms – needed to be addressed immediately as it was a part of Vision 2025, but unfortunately, the previous government stopped the projects.

Former president Asif Ali Zardari in his message said: “Education’ for all is an integral component of the PPP’s manifesto.”

“Shaheed Zulfikar Ali Bhutto had established educational institutions all over the country. Shaheed Mohtarma Benazir Bhutto advised students to explore knowledge in the realm of computer technology. Through Benazir Income Support Programme, a Waseela-i-Taleem education program for the poor was initiated. The aim of the BISP education program is to educate children of citizens with low incomes,” Mr. Zardari said.

On the other hand, National Assembly Speaker Raja Pervaiz Ashraf, in his message, said: “Education is the foundation of any society and is essential for the development of individuals and nations. Today, we celebrate the power of education to transform lives and build a more peaceful and prosperous world.”

Minister Bilawal Bhutto has also invited the Shanghai Cooperation Organisation (SCO) leaders and dignitaries invited by India to meetings of the eight-member grouping to be held in the coming months.

Similarly, an invitation was delivered to the Pakistani Chief Justice’s office for the meeting of Chief Justices of SCO states to be hosted by India in March. There is still no official confirmation from the Pakistani side on whether Bhutto Zardari and Bandial will attend the meetings, people familiar with the matter in Islamabad said.

The invitation to Bhutto Zardari has attracted greater attention since it was delivered soon after Pakistan Prime Minister Shehbaz Sharif offered to hold talks with India and said he asked the United Arab Emirates (UAE) leadership to help bring the two countries to the negotiating table. However, Sharif’s office subsequently linked any talks to India restoring Jammu and Kashmir’s special status. 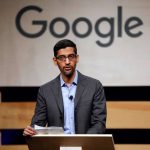