Facebook’s Watch Party feature which allowed users to watch videos together will soon be ending by April 16, 2021. Facebook has not yet disclosed the reason behind the removal of this feature which was initially announced in 2018.

During the on-going pandemic situation, Watch Party was a useful tool that allowed users to stay connected with each other by watching videos and movies together online. It was another new way of staying connected with friends and family.

It then further adds links to instructions where users can download past Watch Party posts of comments which will be available till April 15, 2021. 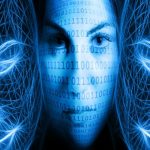