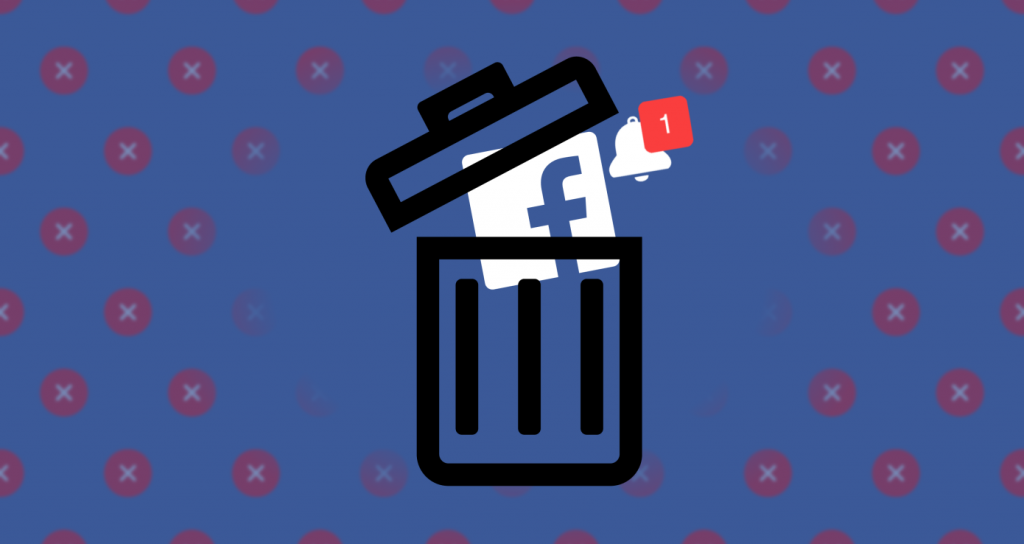 Facebook is working on introducing a new feature which may allow you to make in-app customization. The social media giant may let you turn-off those distracting notification dots via a future update.

According to Jane Manchun Wong, an app researcher, and a reverse engineer, Facebook is currently testing the ability to toggle notification dots of specific tabs within the app. In simple words, for those who get annoyed by those continuous and trivial red dots/notifications and don’t really care much about ‘Watch’ or groups then you will not have to worry about staring down at them anymore.

This should address the long annoyance of tabs showing notification dots that don’t spark joy for the user pic.twitter.com/vtBLkbjKtE

According to TechCrunch, this is a global test being conducted by Facebook and will soon be released on both Android and iOS.

“We are testing new ways to give people more control over the notifications they receive in the Facebook app,” a Facebook spokesperson told the TechCrunch.

Interestingly, the spokesperson told that Facebook was aware of the fact that users need not be continuously reminded multiple times about the notifications that are unchecked/waiting. The Facebook spokesperson said:

“People don’t necessarily want to see a notification on the badge [the in-app dots on tabs] if they’re already getting notifications in the jewel [the red counter on the Facebook app icon on your phone’s home screen.]” 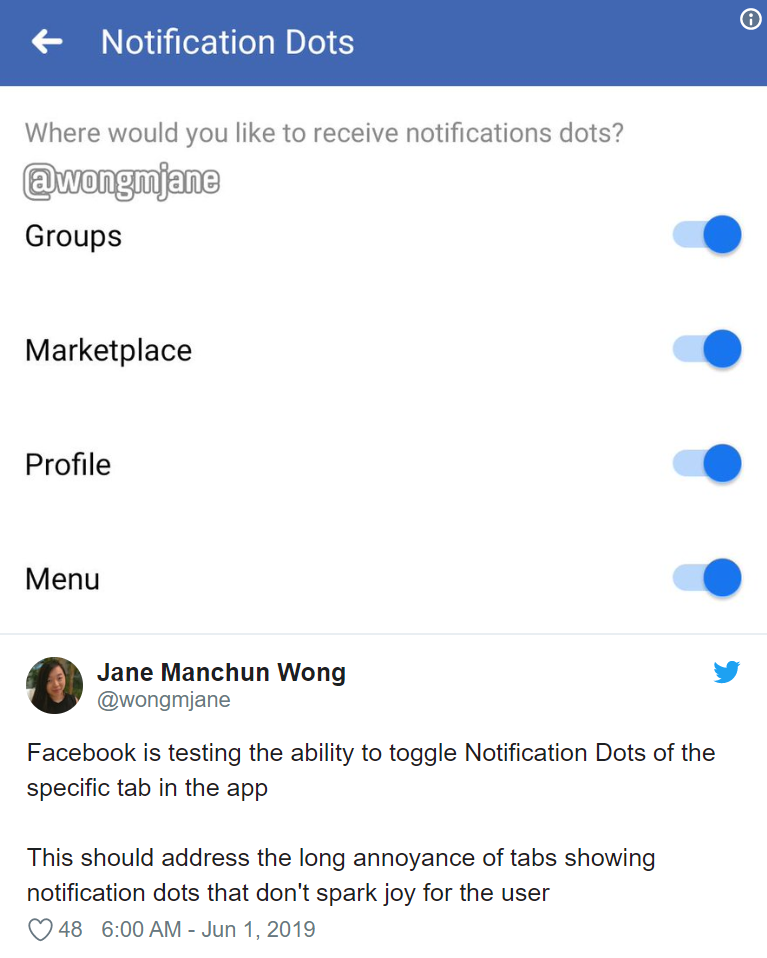 If you have accessibility to this new feature, then you can activate it by going to your Facebook app. Click the three-lined Menu tab on the right top of your main Facebook page. Then go to Settings & Privacy → Settings → Notifications → Notification Dots. From there on, you can “Choose which shortcuts will show you notifications dots” with options for “Videos On Watch”, “Profile”, “Groups”, “Menu”.

A number of tech companies in recent times have started paying more attention to the mental and physical health of the user. Features like Digital Wellbeing from Google and Screen Time from Apple set a new template for other tech companies to follow, soon after YouTube also started recommending users to stop using the app after a particular period of time.

While Facebook hasn’t included any such feature, Instagram (Facebook-owned) however does have the “dashboards for monitoring usage in the main app and Instagram”. With the new update, Facebook is moving in the right track to make its presence less intrusive. 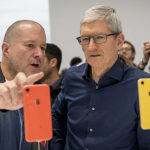