Facebook will now let users design their own frames to add to their photos and videos.

Facebook has been doing many experiments with its in-app camera which hasn’t been launched to the common public yet and is under test in the Ireland laboratory. The frames resemble the Snapchat’s geofilters a lot. It’s not the first time that Facebook has copied Snapchat’s designs. Just recently, Facebook replicated Snapchat’s Discover section in its ‘Collections’ and is also working on masks and other filters.

Users need to create a frame in any design software they like and in a PNG format with transparent background. The frame is then uploaded to Facebook where users can arrange it on a canvas in a square, landscape or portrait view. If they like, they can also add other information like the location to the frame and then submit it to Facebook for review which will almost take a week to get approved. After the approval, user or other people can add the frame to their photos or videos. Statistics will show that how many times your frame was used by other people.

Facebook is currently making improvements in the in-app camera before launching it worldwide. No date of launch has been finalized yet. 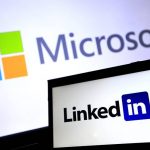