During a press conference held recently, Federal Minister for Science and Technology Fawad Chaudhry has revealed that an invitation has been sent to Nobel laureate Malala and technology leaders around the globe for the upcoming Sci-tech conference which is going to held in October.

Fawad Chaudhry has announced on Monday that the government is going to hold an international Sci-Tech Conference in Islamabad on October 17. He also said that for the first time in Pakistan’s history, the Sci-Tech ministry has sent invites to Nobel laureate Malala Yousafzai, Elon Musk – Founder of electric cars manufacturing company Tesla, Bill Gates – principal founder of Microsoft and owner of Facebook Mark Zuckerberg to the conference.

The Sci-Tech minister while discussing the importance of the conference for Pakistan, told local media that govt will send invitations to the brains behind the world’s top tech companies for the upcoming conference titled ‘Think Future’. He also revealed that the conference will take place on 17th of October, which is also the birth anniversary of Sir Syed Ahmed Khan, a leading Muslim educationist, writer and reformer from 19th century British India. He emphasized that this step would help attract the world’s attention towards Pakistan in the field of science and technology.

Fawad Ch has said that the sci-tech conference would help Pakistani youth to present their ideas and innovative work to a bigger platform. Earlier this year in May, Fawad Ch announced that August will be celebrated as the month of Science and Technology in Pakistan. He also said that an international science conference will be arranged this year, where scientists and tech leaders of reputed international institutes will be invited to participate. 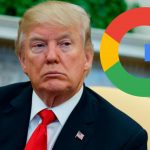 Trump to investigate Google for treasonous ties with China