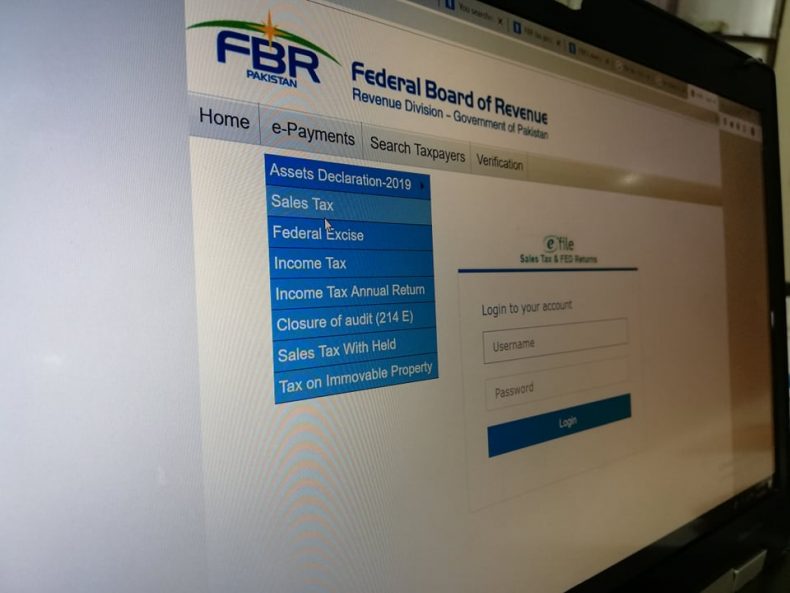 The Federal Board of Revenue (FBR) and four provincial governments have agreed to introduce an online portal facility for taxpayers to submit their sales tax returns of goods and services in a single place. The government is developing this portal as part of its ease of doing business initiative. A senior tax official told Dawn that the portal will begin collecting tax from filers from August.

Through this portal, taxpayers will be able to submit their tax returns easily in a single place. The final decision regarding this portal was taken during a high-level meeting at the FBR headquarters in the presence of key representatives of revenue boards from the four provinces of Pakistan.

Under the existing mechanism of tax collection from the FBR, the board receives sales tax on goods, while the provincial bodies are tasked to collect tax on services. The collected tax by FBR is later shared with provinces as per National Finance Commission formula. This system creates difficulties for the taxpayers as they have to file five different tax returns, which is kind of a hectic process.

Therefore, the authorities are launching a single portal so that citizens only have to open a single portal to file their taxes easily. Moreover, the online portal will also allow filers to select FBR in case of filing taxes for goods and other revenue boards in case of services returns. Taxpayers will also be allowed to access all provincial and FBR sales tax returns through a single website.

The FBR official also said, “We will put the new system in place within the next couple of months”. He added, “FBR is also working on a simplified sales tax return form, and the board has also hired consultants who are currently developing the form”.

FBR previously launched an online tax profiling system that allows 53 million citizens of Pakistan to view their tax details, travel history, bank account information, properties, and bill details online. But the system later received many complaints regarding the safety of the portal terming it to be easily hackable. With a new system to arrive from FBR, it will be difficult for people to trust the safety of this online portal.

previous
New iPhones will likely be stuck in the past with slightly smaller notch
random
next
Don’t expect to see an all-screen iPhone till 2021, analyst
Trending Posts