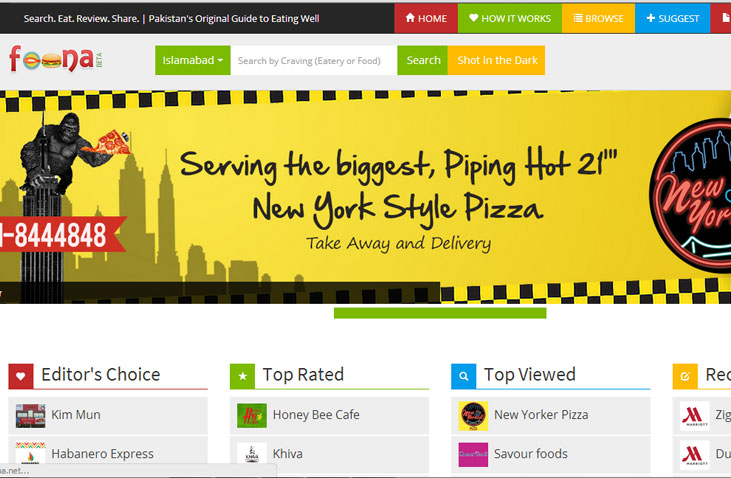 Pakistanis love to eat, it’s a simple fact. Up until the turn of the millennium, even the largest of Pakistan’s cities had a small number of respected restaurants and eating-out could be narrowed down to a number of options that you could count on your fingertips; however, as the industry grew, steadily at first and almost explosively as of recent, this task became cumbersome enough to baffle even the enthusiasts among our society. foona (which is meant to be a hybrid of the words “food” and “khaana”) is the latest offering in a series of food portals that have taken root within our nation and they’re here to stay. In line with the recent announcement of Pakistan as the most food obsessed nation in the world, foona intends to not only streamline your choice of eateries but also make your meal a social experience.

Where foona sets itself apart, however, is that it’s not a website designed to bring food from the restaurant to your table (as is EatOye or Foodpanda) but rather became a bank of information regarding what your options are, what these options look like, what they cost (and what they should ideally cost) and what opinion people around you have about them. Their primary aim is to set the standards for experience, service, quality and most importantly – expectations. Although the venture began in 2006 as a back-of-the-napkin idea for its founder, who had recently returned from living in the US and was surprised by the lack of value he was receiving for the meals he purchased at “respected” local eateries. The team behind foona understood that their initiative was ahead of it’s time and realized why it is only now gaining the proper traction but they remain satisfied with their offering which is to add a little bit of “food security” to the lives of everyone around them.
The numbers presently stand at 540+ eateries around 7 of the largest cities in Pakistan (the number is expected to cross 1,500 by summer 2014) as well as 350+ unique recipes on Facebook with 3 new additions daily.

It doesn’t just stop there. foona also intends to offer a significant number of over the top features which include tutorials, recommendations, an advertisement platform for up-and-coming eateries, discussion boards populated by the proper critics and their opinions and more still to come. The concept is anything but simple. The offering, however, is the exact opposite.

foona believes it the next must-have resource for everyone that is anyone who wishes to eat out. They remain committed to their cause of creating an interactive experience that benefits both ends of the spectrum. Above all, however, foona believes it’s time is now.

This Edtech company is challenging workplace biases and inviting people to Embrace differences! 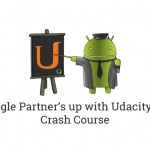 Google Partners Up With Udacity For An Android Crash Course