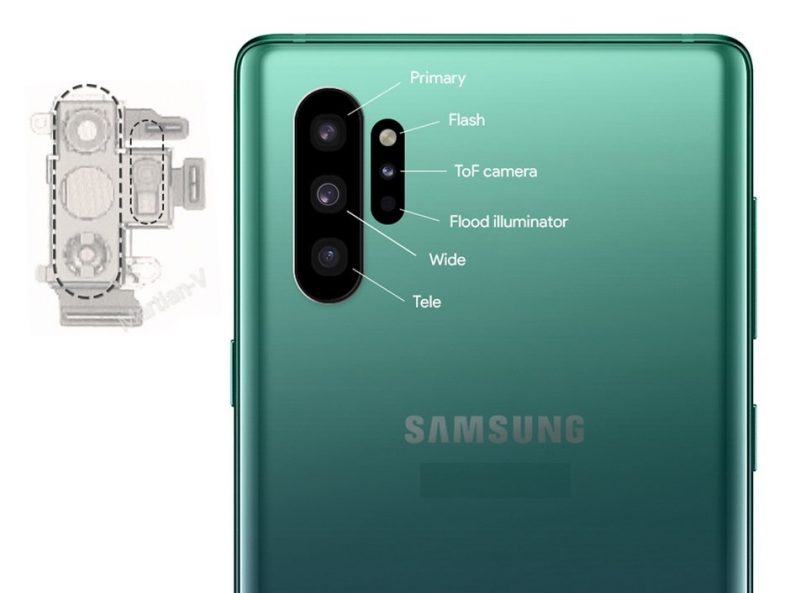 The popular smartphone leaker, Ice Universe has posted a tweet showcasing some images he took from Weibo. He doesn’t clearly say that the back design he shared in the images is associated with Galaxy Note 10. But he did include a picture of the famous artist Leonardo da Vinci, and “da Vinci” is apparently the code-name for the upcoming Note series phone. Meanwhile, the other images he posted in the tweet reveal a vertical camera stack and an outline of a phone that gives an idea of what the final version of your most anticipated Galaxy Note 10.

From Weibo, the position of the rear camera after the change is like this. pic.twitter.com/F1AoQBT16h

The reliable Samsung insider claims that the rear camera in Note 10 will be placed in the upper left corner, as seen in the second image. He had previously revealed that the camera would have a vertical orientation in contrast to the Galaxy S10 and Note 9, which feature horizontal multi-lens cameras on the rear. The render posted in a tweet also hints that the fingerprint sensor will be placed under the screen, just like the Galaxy S10.

Meanwhile, previous rumors have suggested that the Galaxy Note 10’s Infinity-O screen will have a punch-hole display in the center with a front shooter embedded in it.

At this time, it’s also not clear that how many rear cameras the Galaxy Note 10 will have, but the more expensive Note should have at least three cameras on the back, just like the premium Galaxy S10. The new Note series is expected to make its debut in early August, which gives us plenty of time to learn all of its secrets from leaks.