Google has brought its Indie Games Accelerator program back for 2019 and is expanding the program’s reach for this year’s event. This year the program is open to mobile developers from 37 different countries including Pakistan and others from Asia, Africa, Latin America, and the Middle East.

The Indie Games Accelerator is a program for top game startups from the selected emerging markets who are looking for an opportunity to boost their growth on the Android platform. Indie is a special edition of the Launchpad Accelerator program, designed with the collaboration of Google Play. It features a comprehensive curriculum and mentorship from all the top mobile game experts in the world.

Who is an Indie Developer?

Indie developer means an independent single or a small group of developers utilizing their own resources to develop an application without working under any organization. However, the indie developers can still showcase themselves as studios under a dedicated studio name. Indie developers may include people skilled in development, designing or marketing.

The selected mobile developers from the countries mentioned above will receive the following opportunities;

The Indie Games initiative included only eight countries in the last year’s event, which shows a notable expansion in the program’s reach for this year’s event. Google says that it aims to help mobile developers from across the world to achieve their full potential on the company’s mobile platform Google Play.

If you are a mobile game developer and want to apply for this program you can visit this website, to fill the form and to find out the eligibility criteria for the competition. Last year, the first batch of Indie Games Accelerator graduated in November which included two Pakistani gaming startups named we.R.play and Dreamnode Studios. 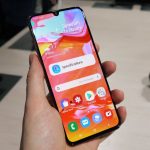