Gaming over the last few years has slowly become a rewarding industry, which adds millions of dollars to the economy. The industry in Pakistan, despite being neglected, has noticed gradual and consistent growth over the years. Skillful gamers such as the likes of Arsalan Ash have consistently performed and won awards for the country.

Discussing the sustainability, future and challenges of the gaming industry, the panel highlighted that once obstacles are removed and the industry becomes sustainable, it could do a lot of good for the economy. ‘LihShiun’, Tencent’s Senior Director for Public Affairs said that the IT sector that’s trying to set its place in the gaming industry is “well-poised to capture the immense opportunities the global video games industry brings.”

Being such a large market, the promotion of the gaming industry in Pakistan will bring numerous benefits to the country. Primary benefits include direct revenue and job creation since more companies would result in thousands of jobs, thus improving the current state of Pakistan’s job market.

Secondary benefits of the industry include things such as E-sports and other competitive competitions, which are also considered a great revenue stream.

“With video game-related technologies increasingly being used in other sectors and areas such as industrial design and cultural heritage promotion and protection, you can see how much potential there is for Pakistan’s video gaming sector,” said Shiun.

PASHA Chairman BadarKhushnood highlighted the fact that Pakistan’s tech sector has access to a $90 billion industry just with mobile gaming alone. He further added that Pakistan’s software houses have been producing games for international audiences for a long time, if done with the correct policies “the gaming sector can spur economic growth in Pakistan.” 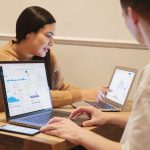 Rising Demands and Limited Supply Makes the Web3 a Rewarding Industry to be IN; Here’s How You Can Advantage from it