VEON in its official statement released on Monday announced that it has completed the acquisition of minority shareholding in Pakistan Mobile Communications Ltd (PMCL).

VEON is a multinational telecommunication services company headquartered in Amsterdam, the Netherlands.

It operates services mainly in Asia, Africa and Europe. It is the ninth largest mobile network operator in the world with around 214 million customers.

VEON announced it has successfully concluded the acquisition of the 15 percent minority stake in PMCL from the Dhabi Group for $273 million. The transaction gives VEON 100 percent ownership of PMCL.

The transaction has given VEON full ownership of Jazz Pakistan. This simplifies and streamlines the group’s governance over its Pakistani assets and enables VEON to capture the full value of this growing business, including future dividends paid by PMCL.

Sergi Herrero, VEON’s co-CEO, in the statement remarked that Jazz has an abundance of growth opportunities as its customers embrace the market-leading 4G and digital services. 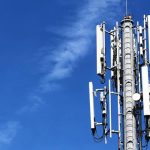