Google’s history with its messaging apps hasn’t been an ideal one, it has faced a lot of problems, had to discontinue a lot of its promising messaging services due to several reasons. However Google’s video chatting app, Google Duo has been an anomaly among this mess, the video calling app recently reached a billion downloads on Play Store and has been one major success in company’s recent history.

Recent leaks show that Google has been working on some new features for its uber-popular app. Leaked screenshots of the app show “group calling” and low “light mode”.

Starting with the group calling feature, the app shows that up to 8 people (7 guests and yourself). An option is available, “Create group” which will allow users to select the people that they want to chat with along with the name of the group. However, once the call is started, the user will not be able to add any member, the leaked screenshots show that the photo of the person who made the call will be displayed at the bottom-right of the screen. 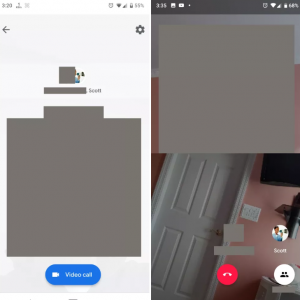 Some other screenshots hint at a small but much-appreciated feature which gives users the option to call their Home devices. It’s still unclear when the roll-out of the new features will begin but it seems that users will not have to wait much since the images show that the testing has been conducted successfully. 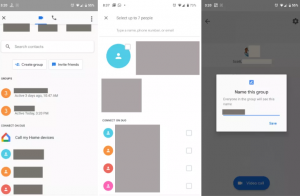 Another feature, that surfaced via the leaked screenshots was the “low light” mode which basically tweaks the user’s video so that others can see him better during night-time video chats. The app in low light conditions will prompt the user to switch to low light mode and claims that “automatically adjust your video in dark environments so others can see you better.” 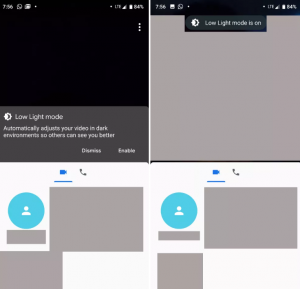 With the success that Google Duo has been having in recent times, it only seems rational that Google introduces new features that would differentiate the app from its competition, especially since Google has had a pretty poor track record of having a reliable messaging app.