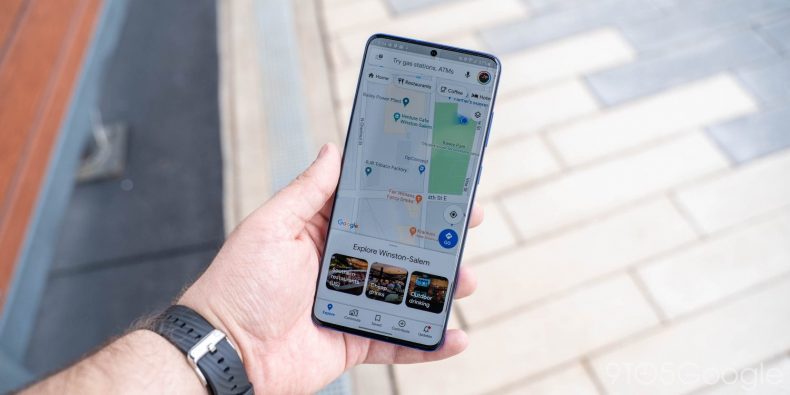 These new changes will be accumulated in the Google Map app with the latest app update. It would also help the users in analyzing how crowded the traveling stations are at a particular time of the day and week. In short, it would tell the most crowded schedule in public transportation.

These transit alerts will be rolled out in countries like France, Argentina, the United States of America, and many more. The list of countries where the new feature is applicable is quoted in a recent blog post published by Google.
The latest update also tells about the checkpoints of the COVID-19 and restrictions on stepping the national borders like Mexico, Canada, and the US. 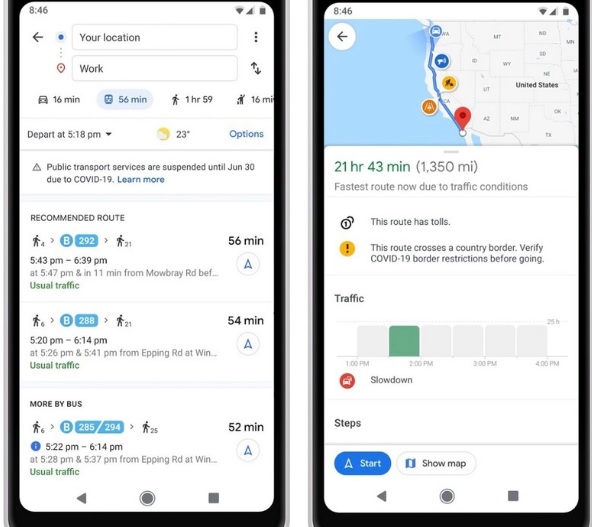 Recently Google has been in the limelight because it has analyzed the location data from billions of Google user’s phones in over 130 countries. That data tells about the mobility of users in lockdown. Google was helping the healthcare authorities by communicating the whereabouts of people via the app. This gives the National Healthcare System of different countries an ability to analyze whether people are abiding or following the social-distancing rule in the country.

Google has invested over a billion dollars coming from its search ads business to its Map feature. About 1 billion users access the Google Map in a month for one or the other reason as the navigation app of the Google Map is completely free of cost.

The Google Blog post narrated: “Getting from A to B can be more complicated these days. Because of COVID-19, it’s increasingly important to know how crowded a train station might be at a particular time or whether the bus is running on a limited schedule. Having this information before and during your trip is critical for both essential workers who need to safely navigate to work and will become more important for everyone as countries around the world begin to reopen.”