Half a year ago, Google brought virtual reality support to its Google Earth service starting with the HTC Vive VR headset. So far, it has been better than anything tried before. However, consumers still want to see more from the tech giant in the VR department. Luckily, some of the features many users wished for could be made available in the updates coming soon.

The “brand new” Google Earth was teased by Google to be unveiled at New York’s Whitney Museum of Art on the 18th of April at 8.30 AM ET. Although the firm has not revealed any details about the unveil, it can be hoped that both the traditional and VR versions of the software will receive improvements. The tech world will be looking at the VR version given what Google was able to do with the HTC Vive VR headset.

At the moment, the traditional version of Google Earth allows you to see pictures in two dimensions (2D) like you would see your normal maps. However, the 3D version can allow you see locations in life-like detail. Most customers would wish for the increase in the number of locations that support 3D views. Also, more locations from around the world would make the experience a whole lot better.

Another update highly anticipated is the inclusion of other VR headsets besides the HTC Vive. Users would like the experience brought to the Daydream and even the Oculus Rift as these two are in more hands than the Vive. Already, services such as StreetView and YouTube are already in the Daydream. There is no apparent reason why Google Earth should not be allowed to run on other VR headsets on the market.

With the 18th fast approaching, all eyes are on Google.

One Reply to “Google is Working on New Google Earth Experience” 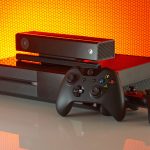