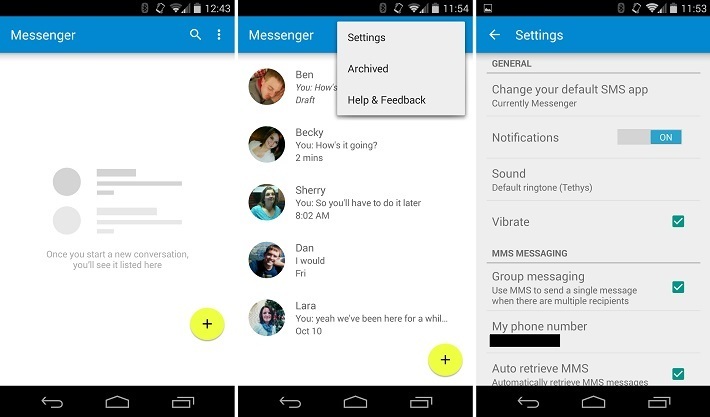 Google didn’t show much love to the Android’s default messaging app and this is why I have seen many android users using 3rd party messaging applications as a daily driver.

While a lot of people switched to hangouts application for their messaging, but I have never liked the experience, it’s a bit cluttery, slow and confusing. Google finally has given some time to the messenger application and now they have released an updated Google Messenger application which has a colorful google theme. The transitions and animations were totally expected already due to lollipop update. In addition to the material design, the app features archiving, search, faster sharing and ability to block individuals, and keep your inbox clutter free.

You can enjoy the features after to set the application as your default app. Grab your copy from Google Play here.

previous
Qubee and Tune.pk Join hands in Partnership
random
next
7 Mistakes Most Pakistani Freelancers Make that Cost Them Time and Money
Trending Posts