In a recent event, Google announced that its ever-popular application development tool Flutter will have the second version of its toolkit called ‘Flutter 2’ where the newest version of its open-source UI toolkit will now support desktop and web applications as well.

Flutter has made a huge impact in the application development ecosystem due to its similarity with previous languages with the ability to develop native applications. Since then, Flutter is looking to spread its wings by giving support to web and desktop applications. In a nutshell, Flutter users can now use the same codebase to build apps for Windows, iOS, Linux, and more.

According to Flutter’s product lead Tim Sneath, due to Flutter’s open-source nature it was only a matter of time when Flutter had landed on other platforms as well. Moreover, Tim added that this required a lot of work in getting the respective platforms ready for the 2.0 release while ensuring that performance is up to par.

It is, however, to be noted that Flutter’s desktop support is still behind an early release flag in Flutter’s stable release channel. Hence, currently, the new updates are considered to be a ‘beta snapshot’. Though the web support feature of Flutter has moved on from its initial Beta testing.

With all these recent updates coming up, many companies have started to expand the support for Flutter. Even Microsoft is now working with Google to provide Windows support for Flutter. Moreover, Microsoft will also be releasing contributions to the Flutter engine to further support the new upcoming foldable android devices.

According to Google, there are over now 15,000 packages for Flutter from tech giants such as Amazon, Microsoft, Adobe, Huawei, Alibaba, etc. It is only a matter of time when the rest of the tech industry gets into the Flutter ecosystem as well. 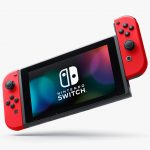