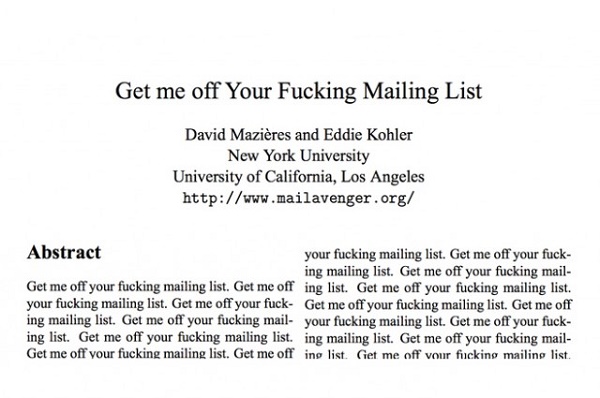 The research paper above, titled “Get me off your fucking mailing list,” and containing this phrase repeated 863 times, was accepted by the International Journal of Advanced Computer Technology (IJACT).

Dr Peter Vamplew, a computer scientist at Federation University Australia was frustrated when he got one too many invites from IJACT. He decided to send them a research paper which contained the phrase “Get me off your fucking mailing list” repeated over and over along with headings, citations, flow chart and graph. What happened next was hilarious, unexpected and thought provoking? 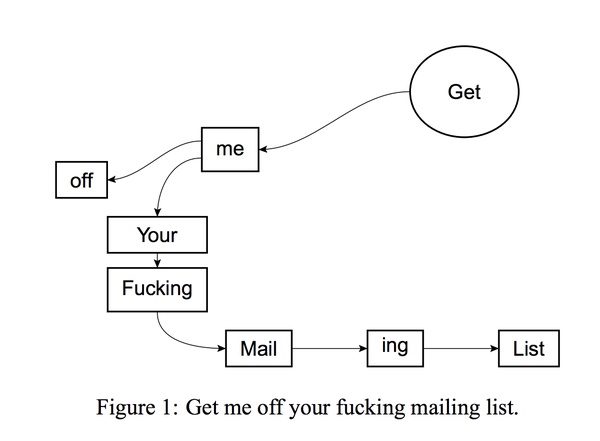 Vamplew, never expected it to be published but he hoped that ‘editors’ will stop sending unnecessary conference invites and discounts. Instead, he received an email informing him that his paper has been rated ‘excellent’ by a reviewer and it will be published for a low price of $150.

Well, he did not want to pay $150 or the paper might have just gotten published in the so-called Journal. 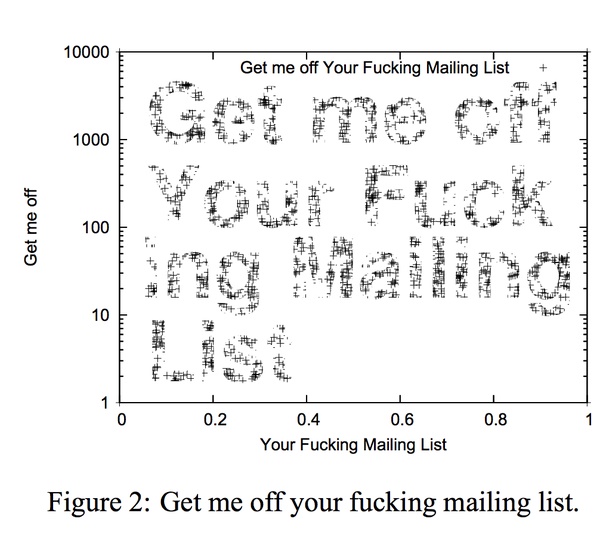 The paper Vamplew sent was the creation of computer scientists David Mazières and Eddie Kohler. They wrote a ten-page paper back in 2005 as a joke in order to reply to unwanted conference invitations. The paper literally just had these seven words repeated several times along with a nice flow chart and a scatter-plot graph.

The Journal in question belongs to a category of predatory open-access journal which usually spam thousands of scientists offering to publish their work for a fee.

This is not the first time such Journals have been exposed to public. Last year a science reporter John Bohannon submitted a less bizarre but deeply flawed paper to 340 journals. The paper talked about the cancer-fighting properties of a chemical extracted from lichen. About 60% of the Journals accepted the paper and it was later found out using IP addresses that they were located in India and Nigeria.

There also exists a website SCIgen which creates a well-formatted research paper by picking up randomized sentences and gives a really complicated title to the paper. The site was made for amusement; however, one of their papers was also published in 2005.

It is important for Pakistani researchers to be aware of such pitfalls. Your research is of no value if it is not published in a reputable and well-known Conferences & Journals. Otherwise, it may even result in getting yourself discredited from the research community. Remember, quality matters more than quantity. 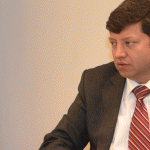