The newest method of infecting your computer is not something innovative but unexpectedly conventional – phone calls. Online researchers are documenting a new malware campaign they’ve dubbed “BazarCall.” One of its primary malware “payloads” is a remote-access Trojan, which can give a hacker full control over your PC and be used to install more malware, reports The Record.

Currently, these attacks follow a simple yet very effective pattern. It all starts with the BazarLoader gang sending out email spam campaigns to selected victims.

The emails usually use lures related to offers, free trials, or subscriptions to medical, IT, or other financial services to get the targets’ attention. The emails also contain instructions for recipients to call a phone number for additional details about their offer.

If users call the number, they are connected to a call center where an English-speaking operator guides the victim through downloading an Office file, disabling Office security features and allowing the document, usually an Excel or Word file, to run automated scripts called “macros,” which download and infect the target’s computer with malware.

In an interview with The Record today, a malware researcher going on Twitter as TheAnalyst, said BazarCall spam campaigns have been taking place since January 2021.

The Analyst, who is also the person who coined the BazarCall term, told The Record that most of these spam campaigns target users with corporate or .edu email addresses and rarely go after home users that use free mail services like Gmail Hotmail or Yahoo. 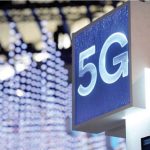