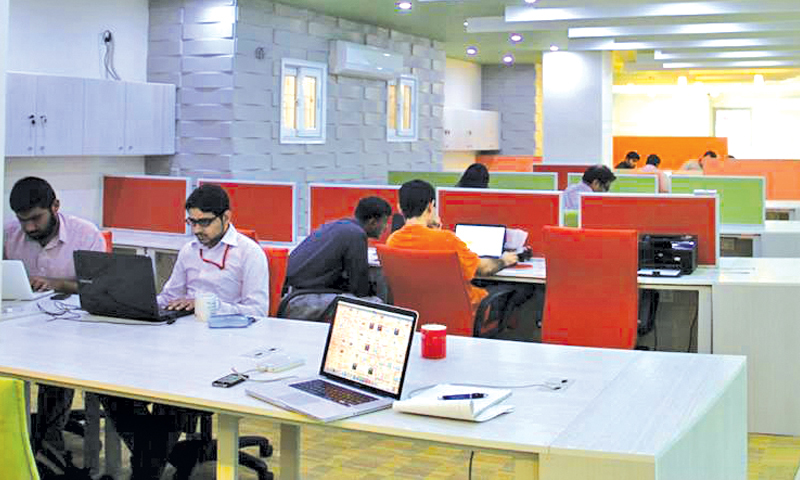 The Coronavirus pandemic has truly shaken the foundations of economies all around the world. As of June 2020, 3 million people had lost their jobs in Pakistan alone. The virus has also likely increased the proportion of Pakistanis living below the poverty line from 24.3 percent to 33.5 percent. The government and other relief agencies have been trying to give companies in the country and around the world as much help as they can but, for some, times have been extremely tough.

Despite all of that, Pakistan’s tech industry has continued to show substantial growth. Our IT exports have continued to improve and are expected to grow by 40 percent by the summer of 2021. Our government organisations are moving towards smart processes, the capital is seeing an increase in smart patrol cars, and many other factors point towards an overall stable tech-related economy.

There are, however, some well-known Pakistani tech startups and companies that have struggled to find air during these COVID-ridden times. The following are five renowned names that are operating in Pakistan that have had to lay off a significant amount of people and temporarily suspend their services:

As Forbes describes them, Trucking Unicorn KeepTruckin has had to lay off nearly a fifth of their workforce in the wake of this pandemic.

Ever since Forbes named them in their Next Billion-Dollar Startups 2019 list, KeepTruckin had become a leading fleet management platform for over a 100,000 fleets all across the globe. As it stands now, the company has been ranked #1 in Vehicle Gateway and has built the largest network of connected trucks in the world.

The CEO and Co-founder, Shoaib Makani previously mentioned that freight volume is highly correlated with economic output; if economic output goes down, so does the use of heavy vehicles.

The company, at the start of this year, employed 1,900 employees around the world; they had to let go of 340 of those employees earlier this year.

In an internal email, the company announced that due to the changing conditions the global economy is facing during the COVID-19 pandemic, the company will be firing 18 percent of its employees.

Not only that, KeepTruckin co-founders, Ryan Johns and Obaid Khan took a 50 percent cut to their pay in March. Shoaib Makani announced that he would not be taking any pay until the company successfully makes its way through the crisis.

NetSol Technologies, one of Pakistan’s leading software houses, announced earlier this year that they planned on cutting salaries by 20-30 percent. They also said that several employees would be let go of, following the coronavirus outbreak.

NetSol Technologies has been providing software solutions to finance and leasing companies around the world. The firm has worked with over 200 companies in more than 30 countries. According to them, all this experience allows them to understand the ‘unique operational challenges’ organisations face today.

Back in March when the world went into lockdown and companies stopped hiring firms to provide them with software and systems, NetSol announced that in order for them to ‘stay relevant’, they had to reduce company expenses and implement pay cuts on employees with relatively high salaries. The senior management of the company also took substantial pay cuts and many of the employees were also laid off.

Fast forward to now and things seem to be looking up for the software house. The company’s CEO, Salim Ghauri, earlier this month, announced plans for the establishment of an IT university within Pakistan. The company also unveiled NXT, a COVID-aware smart workplace system which essentially ensures that a workplace is following the established standard operating procedures.

This is possible one of the biggest hits a well-established company has faced in the country during the Corona crisis. Careem, a ride-hailing application which was acquired by Uber, another ride hailing company, announced, earlier this year that they were letting go of 536 of their employees.

Careem, labelled as the first Super-App originating from the Middle East and Pakistan, had been growing and flourishing within Pakistan for about five years now. It arguably became the most popular ride hailing app, alongside Uber, within the region. Customers were offered reasonably priced rides in cars that were substantially better (condition-wise) than the local taxis and rickshaws. Careem also employed many people around the country, specifically young students and fresh graduates who were looking to start an income of their own.

In the March of 2020, following the worldwide lockdown, people were forced to stay at home and ride-hailing services took a bit hit.

Fortunately for Careem, business has been looking up since then. The company launched the Careem Super App from which customers can order food right from the Careem Super App’s food delivery section. They have also been supporting restaurants by cutting down their commission to 5%.

Airlift, last year, raised $12 million for their Series A financing and Swvl had plans of investing a whopping $25 million in Pakistan. Both these companies had bright futures and saw enormous amounts of growth in their early days.

Cut to March of 2020, when the country started imposing lockdowns, both these companies had their services completely suspended.

At the beginning of October, Airlift announced that their services would remain suspended till December 31st. After that, the company’s managing directors will sit and decide what the future would be in terms of easing restrictions. Similarly, because of so many people sitting close quarters in ride-sharing services, Swvl also had their services suspended.

The last of these categories are the on-demand service providers set up across the country.

Gharpar is a professional beauty salon services provider. Their unique setup allows consumers to call them and have them come to their houses to provide any or all their services.

Both these services had to be suspended following the lockdown imposed at the start of 2020.

In the COVID-19 – PAKISTAN Socio-economic Impact Assessment & Response Plan (April 2020) these domestic work services have been mentioned as being greatly affected by the COVID-19 situation. “These digital platforms treat these workers as independent contractors, hence relieving themselves of any employment responsibilities towards these workers,” says the report. It also says that thousands of these contractors and drivers are out of jobs now because of the lockdown and the government must take actions to support them in these trying times.

Although the government is working on short and long-term policies to help these startups and companies and many of the bigger companies like Careem have shown significant signs of improvement, the smaller services continue to struggle. These companies would need significant help from the government to start their businesses back up again but, with the second wave of the pandemic going stronger than ever, an exact date regarding when it would be safe for them to start again cannot even be pinpointed at this time. All we can do is stay at home, wear masks, follow SOPs, and pray that this pandemic blows over soon.

Entrepreneurship on the rise, SECP registers a whopping 19,251 new companies in 8 months 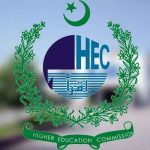 HEC’s World Bank funding to be cancelled if Rs. 2.27b grant not approved