Here Are Some Of The Major Highlight Reels Of E3 2021 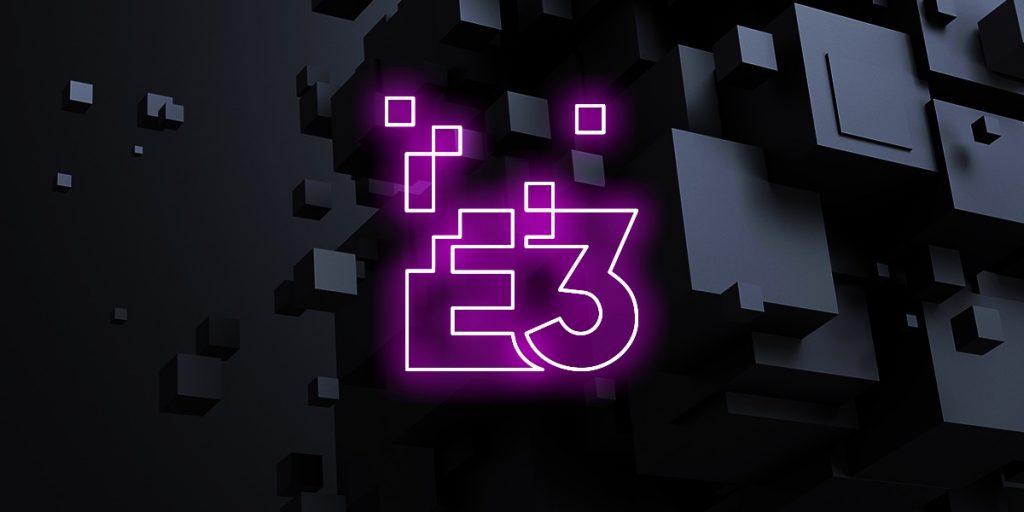 E3 2021 came up with some amazing updates and new announcements that truly revealed where the next generation of gaming is headed. The major reveals kicked off on June 10th which featured events from major companies such as Microsoft, Nintendo, Ubisoft, Square Enix, and more.

Razer announced that the new Razer Blade 14 will officially utilize Ryzen processors i.e. the Ryzen 9 5900HX. The 14-inch gaming rig will feature the Nvidia GeForce RTX 3080 GPU with a QHD 165Hz display as well as an FHD 144Hz option. This gaming beast is currently priced at $1,799.99 initially.

It is certainly very rare for tech companies to introduce such kinds of products but many months ago Razer had introduced Project Hazel which is their elite mask to prevent the Coronavirus. However, this isn’t your ordinary mask as there are some pretty neat features including RGB lighting and replaceable filter caps.

In addition to the Razer blade 14 which is rocking the AMD Ryzen 9 processors, the company announced that Project Hazel will drop in limited quantity in the company’s 4th quarter.
If you want to know how the mask looks on you, you can give it a try through Razer’s Instagram filter which you can check out by clicking here.

Eidos Montreal is working on a Guardians of the Galaxy fame

At one of E3’s keynote sessions, Square Enix announced that Eidos Montreal, the studio behind Deus Ex: Human Evolution, is working on a game simply titled ‘Guardian’s of the Galaxy’.

Players will soon be able to experience the amazing storyline of the ever-popular superhero team through numerous third-person adventures. The game will be launching soon on October 26th for the PS4, PS5, Xbox One, Xbox Series X, and PC. 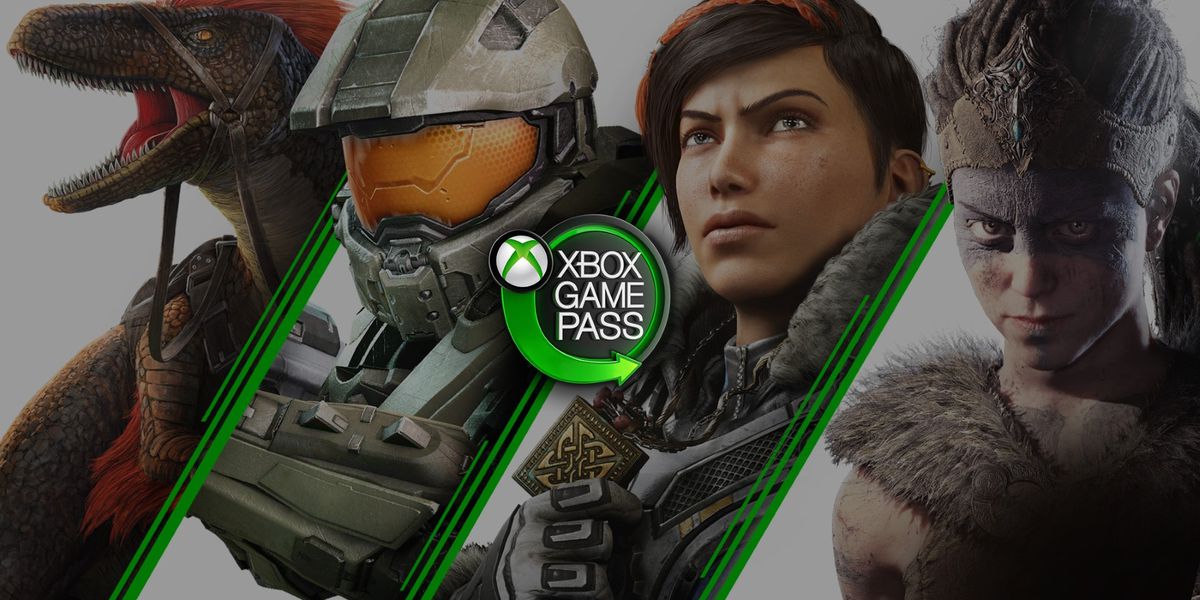 As of now, 11 brand new titles will be joining the ever-popular Xbox Game Pass subscription which basically allows gamers to play the best titles on either Xbox or PC for as minimum as $1.

Here’s the full list of the games announced for the Xbox Game Pass platform:

Forza Horizon 5 is finally here and the gameplay is astounding 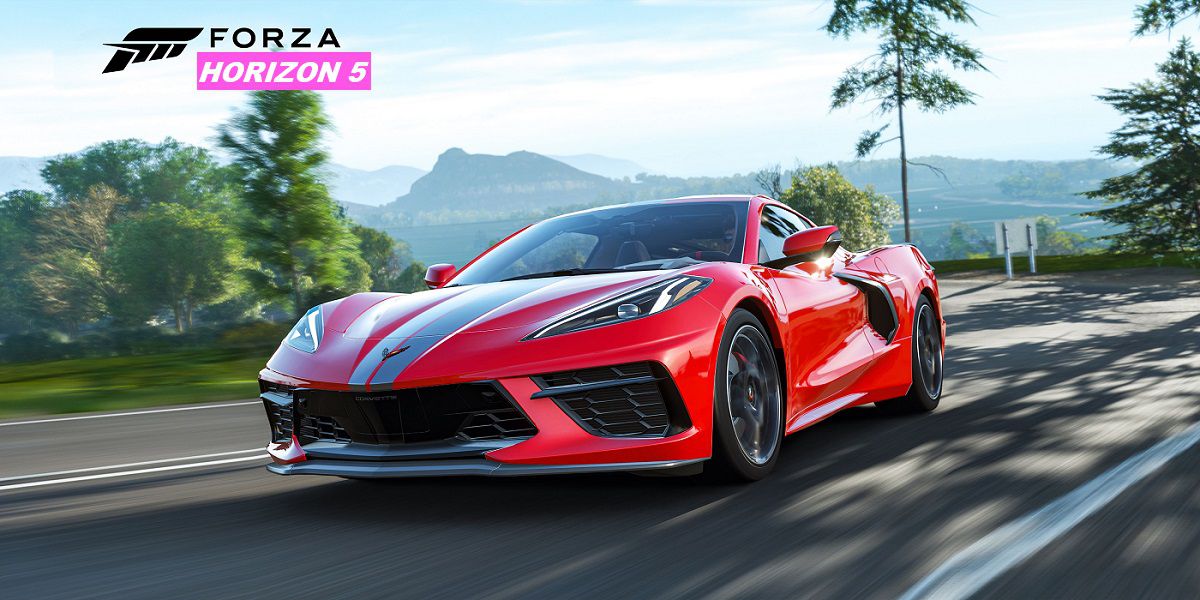 The next title of the Forza franchise is finally here and will be landing on all Xbox consoles up till Xbox One and PC around November 9th. Moreover, users will be able to experience the day one edition through the Xbox Game Pass subscription.

In the trailer, it was clear that Playground Games, the studios behind the Forza Horizon franchise, placed all hands on deck when it comes to the overall graphics and the gameplay. 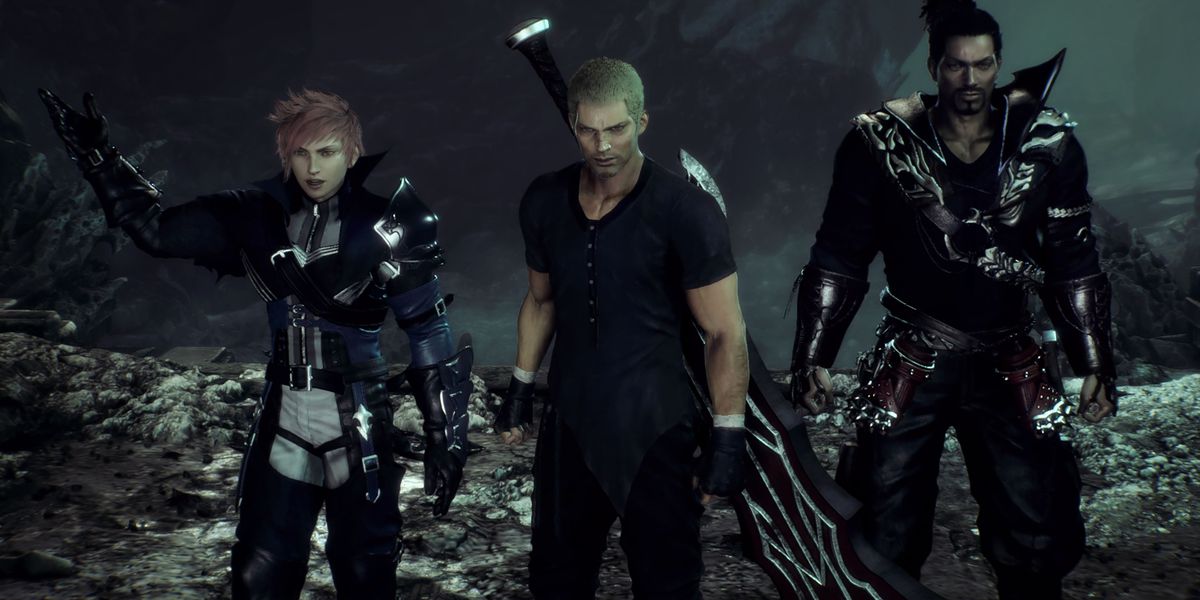 The upcoming title Final Fantasy spin-off called ‘Stranger Of Paradise: Final Fantasy Origin’ seems to be a back to the very first origins of the first-ever Final Fantasy game. According to one of the main people behind the game, Tetsuya Nomura:
“While it is Final Fantasy, it feels different — but there’s no doubt that the blood of Final Fantasy runs through its veins. We’ve undertaken the challenge of finding this difficult middle ground for this mature and stylish title. We need a little time until we’re able to complete it, and while the battle system is a bloody one, it does link to the story, so I hope you’ll use this opportunity to give it a try.”

FF Origins is set to launch in 2022 and will be available for all consoles including PC.

Like most first-person shooter games, Halo Infinite, similar to previous titles and rival titles such as Destiny 2, will feature a multiplayer mode which was revealed at Microsoft’s Xbox + Bethesda showcase. The multiplayer mode and the overall game will run up to 120 fps on the Xbox Series X and will feature new objects for players to interact with. This even extends to the addition of bots allowing people to warm up before they can get started towards the actual game.

Though the multiplayer mode seems similar to Destiny 2’s crucible mode, the overall gameplay is truly taking full advantage of the power of the Xbox One X. 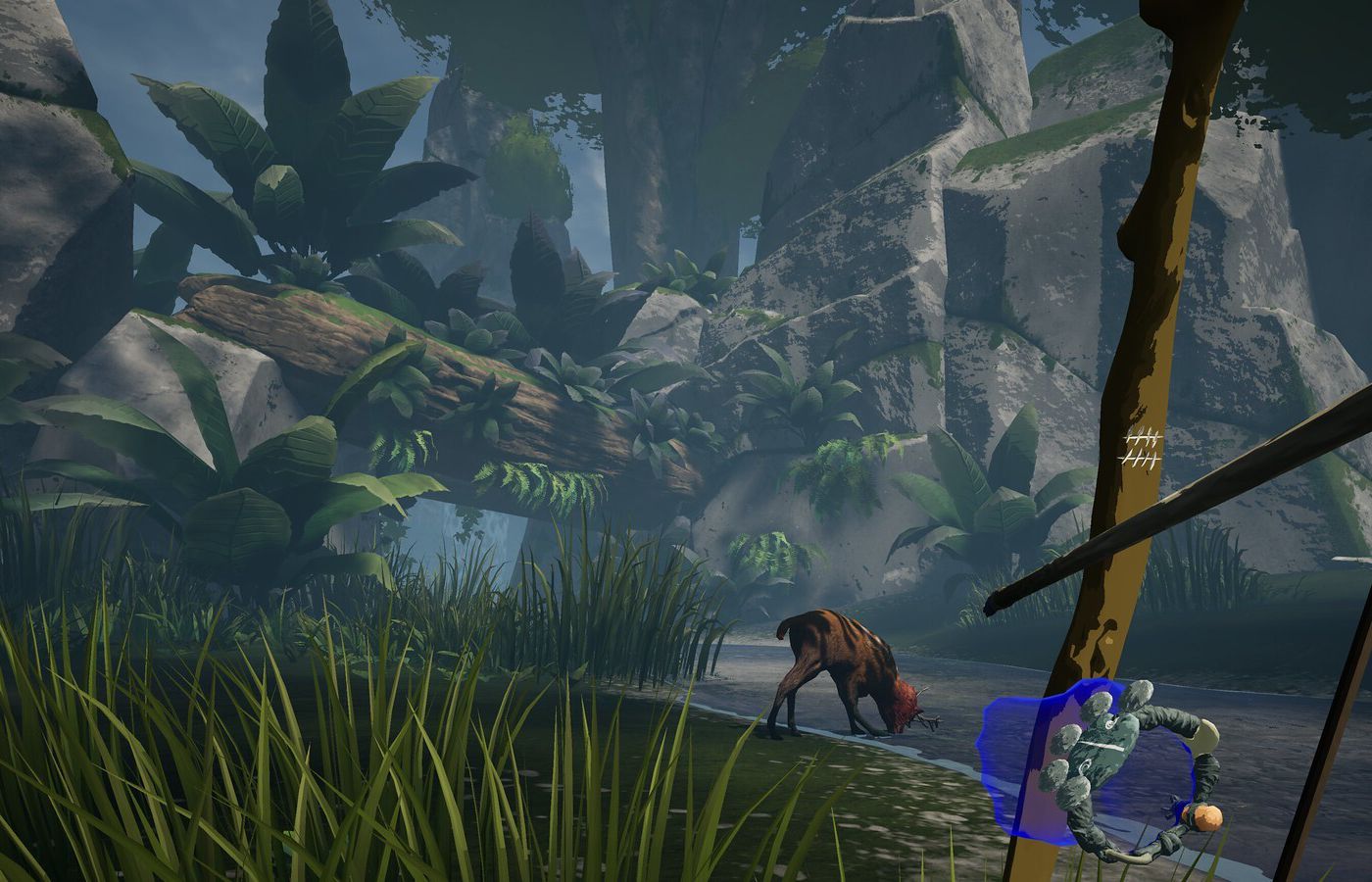 For quite a while now, most VR-based games have been an enthusiast concept however Upload VR returned to E3 to bring about its most intriguing games ever. Here are some of the top five games announced:

These games are set to make their way to Oculus, PC VR, and PSVR soon.

Ubisoft set to release a game based on the film Avatar 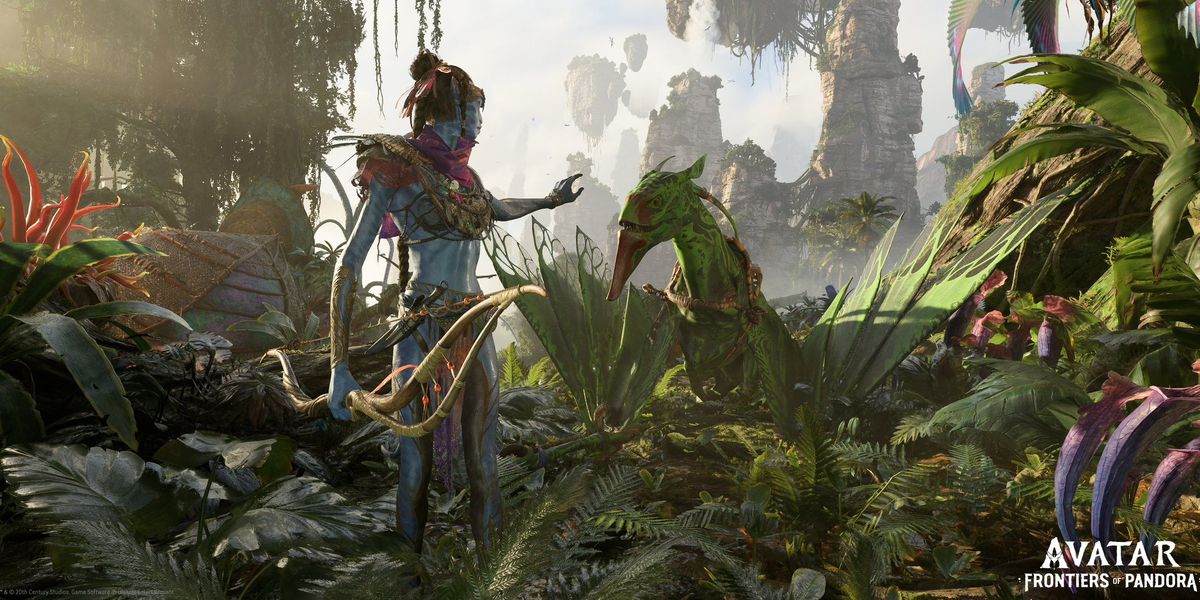 Ubisoft shocked the world in its E3 keynote when the studio gave the audience a first look into a game based on the film Avatar. According to the story premise:
“In this new, standalone story, play as a Na’vi and embark on a journey across the Western Frontier, a never-before-seen part of Pandora. Explore a living and reactive world inhabited by unique creatures and new characters, and push back the formidable RDA forces that threaten it.”

Titled ‘Avatar: Frontiers of Pandora’, the game is most likely to focus on the next-gen gaming consoles that are the PS5, Xbox Series X along with Cloud Services such as Google Stadia and Amazon Luna. 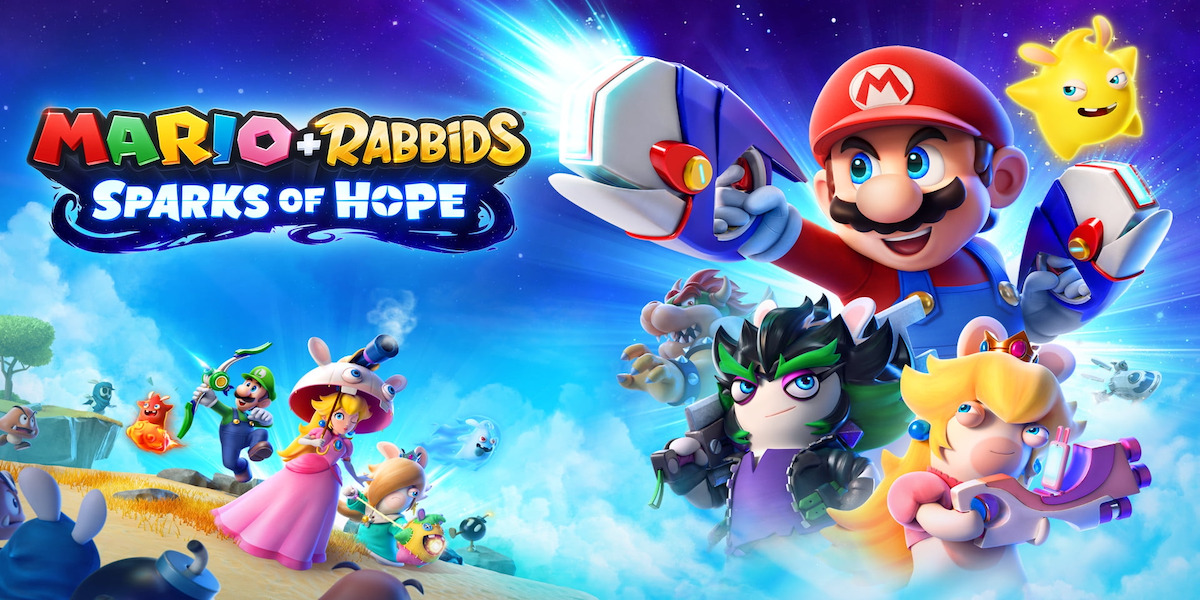 Ubisoft announced a Mario and Rabbids crossover turn-based strategy game which will be an exclusive title for the Nintendo switch. Ubisoft had revealed a proper cinematic trailer with some additional gameplay. The official announcement at Ubisoft Forward followed a leak that came up on Nintendo’s online store.

All in all, E3 2021 truly brought the best and the unexpected in an event open for the entire world to attend. 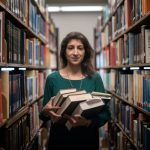