Here is how you can limit WhatsApp from sharing your data

WhatsApp was acquired by Facebook a couple of years back, everybody did hear the news but the change in service was not noticeable. But now, Facebook is looking at monetizing the platform. It is aiming at uniting businesses with people through this platform as well. Businesses have always remained a good source of income for services like these. Free services aren’t actually free, it is only that the cost is paid by the advertiser. WhatsApp now will be sharing its information (personal basic metrics as well as the personal number) with Facebook, and Facebook will be using it for targeted advertisements.

We don’t personally think that anyone would be able to avoid its WhatsApp data to be shared with Facebook hundred percent. But there is an ‘explicit’ option available. WhatsApp users can limit sharing of their personal data with Facebook particularly for the ad targeting and the product-related issues.

Let me tell you how could you do that!

After the yesterday’s announcement, WhatsApp is going to prompt you to update your application. When you would be updating that you will be shown the updated Terms of Services, instead of accepting it there and then, choose the ‘Read’ tab. Right at the bottom of the Terms of Services there will an option on if you want your information shared with Facebook to improve your Facebook ads and products experiences, which you can uncheck.

Even if you didn’t uncheck the option firsthand, you will be able to toggle that option for a period of 30 days. To access the option, in the WhatsApp application head to Settings > Account > Share my account info and you will see the ‘Share my Account info’ option, toggle as per your liking.

WhatsApp attracted consumers mostly because of its non-profitable model. It didn’t sell any advertisements either. Initially, it did charge a small amount of the service from the users but then it was brought forward that WhatsApp generously discounted many users for the lifetime.

People liked WhatsApp for no third-party advertisement banners and a clean design. After the said take, people will jump onto Google Allo, once it is made available. Google had announced at Google I/O 2016 that it will be launching two connectivity applications namely Allo and Duo. The Face-time like video chat application Duo has been launched which is a great and quick application. It is not messy and uses the mobile phone number instead of the Google account for account identification (same like WhatsApp). We are hoping that Allo, the messaging partner of Duo, will also be that clean and can act as a substitute to WhatsApp. 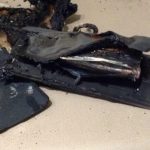 OnePlus One bursts into flames