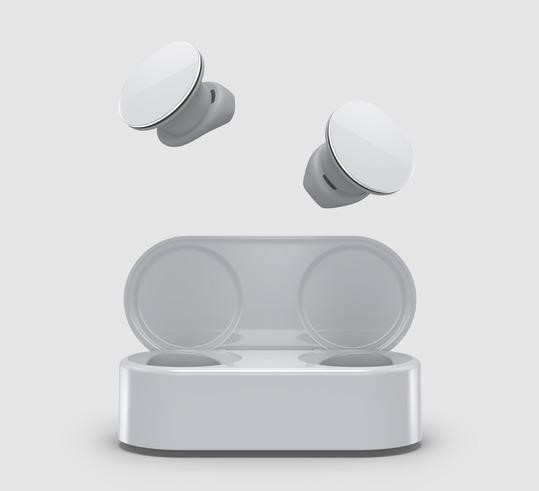 Microsoft unveiled a rather unusual looking pair of wireless earbuds at yesterday’s event in New York City. They join the already popular Surface Headphones, which themselves got an update for this year, in the Surface audio lineup. The Surface Earbuds follow the clean and minimalist aesthetic people have come to associate with Microsoft’s famed Surface family.

Instead of the usual earphone style shape common to most wireless earbuds on the market, such as Apple’s AirPods, the Surface Earbuds feature a flat, round, disk-shaped profile. This serves to differentiate them from more conventional offerings as well as provide a suitable surface for the included gesture support. In fact, this seems to be a big selling point for the Surface Earbuds, because they allow the user to control many different features, like controlling the volume, opening apps, and playing music in a simple and easy manner.

Besides this, the Surface Earbuds offer support for Microsoft Office, which introduces a whole new level of functionality with the ability to flip through PowerPoint slides, and dictation across the Office suite, using just the earbuds themselves.

Despite the unorthodox shape of the earbuds, Microsoft claims they have “all-day comfort”. The Surface Earbuds come with an included carrying case, matching the sleek minimalist appearance of the buds themselves. Battery life stands at around eight hours of continuous playback, with a further two full charges available via the case, adding up to a total of 24 hours. They’ll command the hefty price of $249, which comes as no surprise considering they are a premium product and have the word Surface in their name. 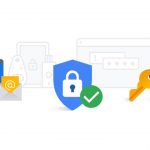