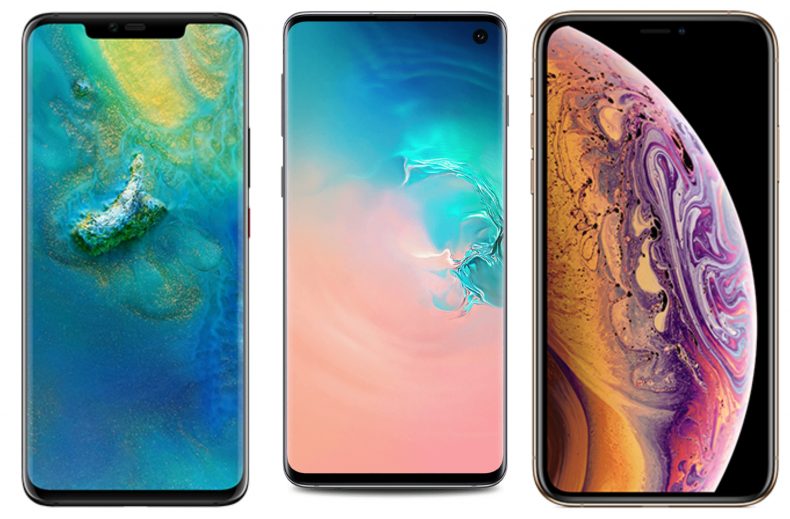 Samsung has finally unveiled the long-awaited Galaxy S10. With a brand design, a punch through display and a Snapdragon 855, the phone is firmly set to compete against the existing juggernauts, namely the Apple iPhone Xs and the Huawei Mate 20 Pro. 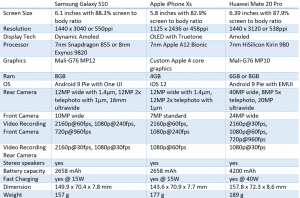 At a glance, the Samsung Galaxy S10 looks really promising and stacks up really well against the competition. No longer is the Mate 20 Pro the only flagship with a triple camera setup. The Samsung counterpart also has a similar camera setup, though the Mate 20 Pro offers more zoom then again the Samsung has a variable aperture. The Exynos 9820 or the Snapdragon 855 might not be faster than the A12 bionic found on the iPhone but it is faster than the HiSilicon Kirin 980 chipset on the Mate 20 Pro. Samsung has indeed made a very capable flagship with the Galaxy S10.

The phones are quite comparable at least on paper. And while the spec sheet of the Galaxy S10 looks promising, we will need to test the unit in real life before we crown a winner. Also note, Huawei is bound to launch its new flagship the P30 Pro with four cameras. Stay tuned for more comparisons in the future.