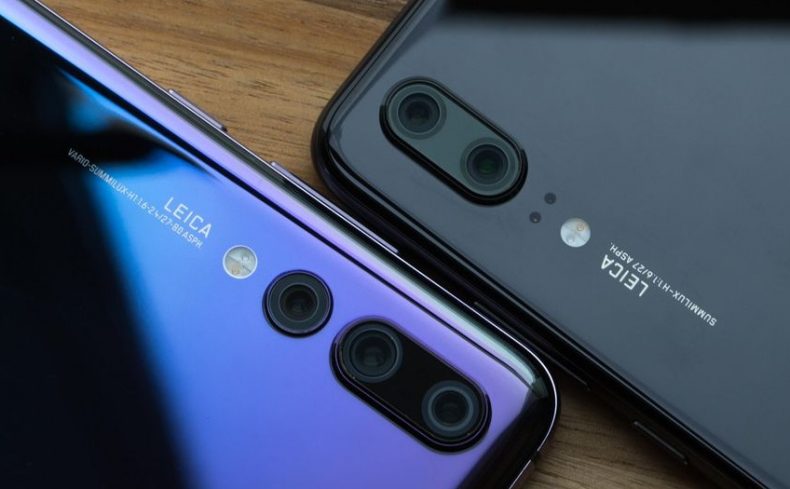 Huawei is launching its P30 series flagships next month in Paris and we already know almost everything about the devices, thanks to the previously leaked renders. As of now, few more renders of the upcoming flagships of the Chinese tech giant have surfaced on a German site WinFuture, showing cool looking colors and gradients on the back of both devices.

The newly surfaced renders affirm that the upcoming Huawei P30 and P30 Pro may have the triple camera set up on the rear if these images are indeed correct. However, most importantly the renders of P30 Pro show a square camera sensor at the bottom of the triple camera setup which appears to be a telephoto lens with support for up to 10x magnification. 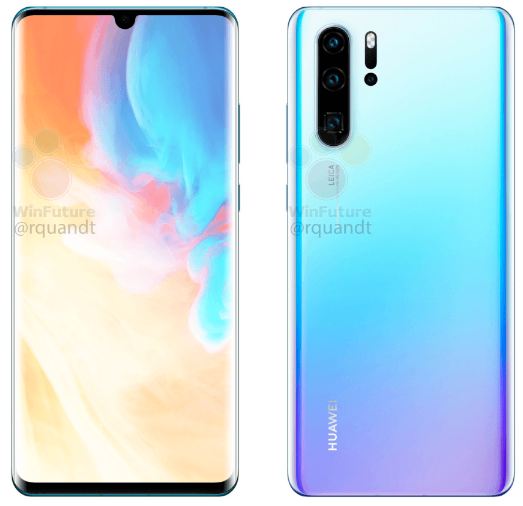 Moreover, looking at the curved edges of the front, it appears that Huawei P30 Pro will adopt the Mate 20 Pro design. In the given renders, no fingerprint scanners are visible, so it is likely going to be an in-display fingerprint scanner.

Meanwhile, the Huawei P30 also appears to be quite beautiful device. The phone packs a triple camera setup with all LED flashes and sensors below the camera setup. The phone will have a conventional 2.5D curved glass, waterdrop notch and the tiniest bezels Huawei can manufacture right now. 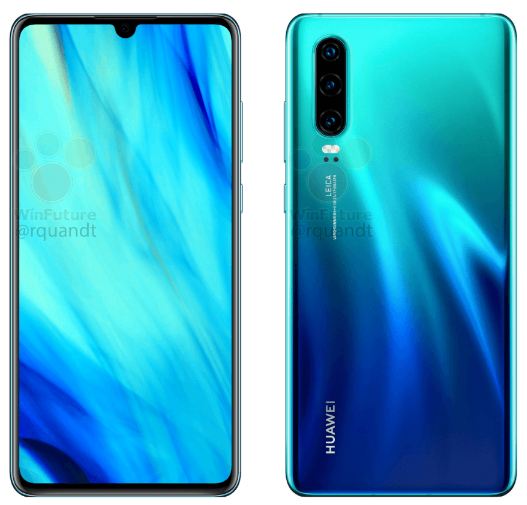 Both of the devices are supposed to feature Kirin 980 chipsets and Balong 5000 modem for 5G speeds at selected markets. It is also likely that the company will unveil the first vanilla version of a Huawei flagship with P30 series. Well, nothing is confirmed right now so all the info before launch must always be taken with a pinch of salt.