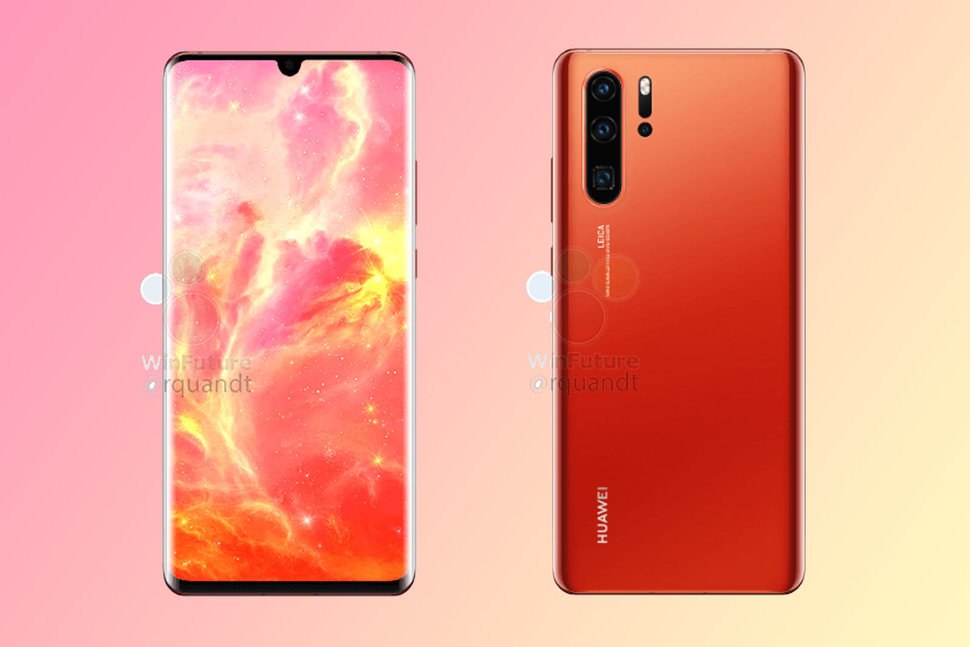 Huawei P30 and P30 Pro are set to land on March 26 in Paris, France. But various leaks and renders of the upcoming Galaxy S10 challengers have been landing for quite a while now. And the most recent of those rumors suggest that the phone’s screen, camera, and the speaker will have a trick up its sleeve.

Roland Quandt, who writes for the German site WinFuture, which spoiled several smartphones over the course of the past few years, has recently posted plenty of useful renders of the smartphones and also revealed almost all specs of the upcoming P30 series smartphone.

In contrast to the standard P30, the Pro version doesn’t have a headphone jack on the bottom, and the screen is curved on the sides just like the Mate 20 Pro and the Samsung Galaxy S10. Additionally, P30 Pro also appears to have sound-on-display technology similar to what we have seen in LG’s G8 ThinQ, where the display also acts as the speaker of the phone.

The front camera of P30 Pro and P30 is about the same. As for the back camera, the Pro will support 10X hybrid zoom thanks to the periscope lens that Huawei already confirmed and also tried to fake its photos. The periscope camera is said to have a focal equivalent of 135mm (or 7.8 optical zoom) and an 8-megapixel sensor. Whereas the other two cameras include a 40-megapixel lens (OIS, f/1.6) and a 20-megapixel wide-angle lens (f/2.2).

The German news outlet also produced some renders of the upcoming device in Sunrise color. The renders reveal a water drop notch at the top of the P30 Pro’s display, along with a triple camera system on the rear and a smaller fourth lens to the right beneath the flash module. However, the third camera in the main setup appears to be a square. 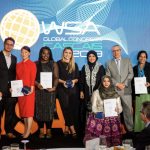