Huawei unveils Mate 20 Pro, here are all the specs 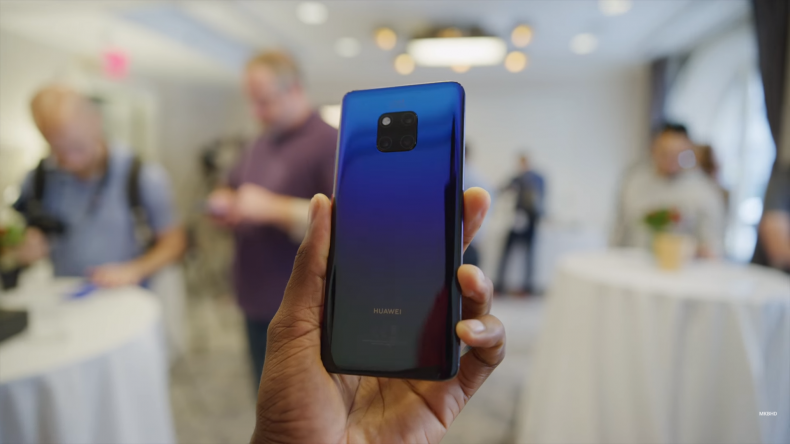 Huawei, today unveiled the Huawei Mate 20 Series, one of the most highly anticipated smartphone series of the year. Designed with the industry’s most powerful and sophisticated process technology, the latest Huawei flagship device sets a new bar by which all 2018 smartphones will be measured.

The Matrix Camera System includes Leica Ultra Wide Angle Lens that lets users not only see wider but also closer with its new macro distance capability. The Hyper Optical Pattern on the glass back plays with light and shadows, producing an iridescent optical effect that is immediately captivating. The Matrix Camera System adopts the iconic Four-Point Design that exudes personality, giving the device a unique visual identity that is recognizable even at a distance.

The Huawei Mate 20 Pro is shipped with the highly customized Android P-based EMUI 9 operating system, on which consumers can enjoy all productivity and entertainment features easily and conveniently with few simple taps and swipes. 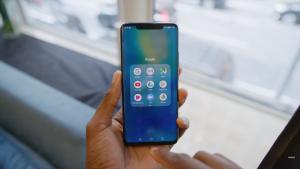 Huawei has innovatively designed a three-tier architecture that consists of two ultra-large cores, two large cores, and four small cores. This grants the CPU the flexibility to allocate the optimal amount of resources to heavy, medium and light tasks for unprecedented levels of efficiency, simultaneously improving the performance of the SoC while enhancing the battery life. The Kirin 980 is also the industry’s first SoC to be equipped with Dual-NPU, granting it higher On-Device AI processing capability to support any and all AI applications.

Matrix Camera System in the Mate 20 Pro powered with AI

The Matrix Camera array on the back of the Huawei Mate 20 Series features a four-point design with the three cameras and sensor encircled in a polished metal frame, producing an avant-garde look that is both bold and distinct.

Building on the foundation of Huawei P20 Series’ camera system, Huawei augmented the Huawei Mate 20 Pro with a powerful addition—16mm Leica Ultra Wide Angle Lens. This wider perspective creates a sense of spaciousness and a three-dimensional effect to the images. The new camera system also supports macro distance, which produces crisp images of objects that are placed as close as 2.5cm from the lens. The added ultra-wide angle lens and macro support complete the feature set of the camera system, elevating it to a truly all-round camera that is ready to capture any and all action.

The Huawei Mate 20 Pro is equipped with a 40MP main camera, a 20MP ultra-wide-angle camera, and an 8MP telephoto camera. Together, the trio of lenses supports a wide range of focal lengths (equivalent to the performance of a 16-270mm zoom lens), enabling it to mimic the results from professional cameras.

Huawei Mate 20 Pro support 3D Face Unlock. The solution quickly and securely authenticates users within 0.6s at a false acceptance rate of below 1/1,000,000. Using the 3D Depth Sensing Camera System located at the front, the two devices can accurately read the facial features of a subject and recognize even small details. Besides user authentication, this suite of sensors also enables the portrait beautification effects to be realized in a more natural and effective way.

Huawei Mate 20 Pro carries a Full View display with a high screen-to-body ratio. Compactly engineered, the grace of natural elements is captured on the design of the Huawei Mate 20 Series. In particular, the Huawei Mate 20 Pro’s chassis is curved on all eight sides—a marvel to behold, and a pleasure to hold in the hand. The flagship smartphone comes in a new Emerald Green colorway, which is as brilliant as its namesake gemstone. The Hyper Optical Pattern on the glass back uses a complex hairline pattern to produce an iridescent effect that is not only highly durable but also makes the device easy to grip and fingerprint resistant. The devices retain a clean look even when they have been used extensively.

previous
How does the Huawei Mate 20 Pro stack against the Samsung Note 9?
random
next
5 Reasons to absolutely buy Huawei Mate 20 models
Trending Posts