Indian Institute of Technology plans to seek talent from foreign countries, including Pakistan

Indian Institute of Technology (IIT) plans to extend its admission drive to eight countries by 2017, including Sri Lanka, Singapore, Dubai and Pakistan. The decision was taken by the Indian External Affairs Ministires (MEA) and Humar Resource Development (HRD) to seek talent for undergraduate and post-graduate programs at IITs.

The IIT network has been spread over 18 campuses. Previously, only Indian nationals were allowed to appear in the entrance exams. This is the first time, the institutes will be admitting foreign students through organizing entrance tests in their respective countries.

The selection criteria will be over looked by the administration of IIT and the Indian missions in foreign countries. The students will appear in a common entrance examination. However, additional seats are being added for foreign nationals so Indian students get an equal chance and there is not reduction of seats. The foreign nationals will be paying higher tuition fee instead of the subsidized amount for Indian nationals.

To boost the international rankings of these institutes, the Indian government is keen on admitting foreign students. MEA is taking measures to facilitating these students by giving them research visa for the entire duration of the degree instead of yearly renewal of visa.

The IITs will kickstart the drive in 2017, however the outreach program is being launched from Auguest 2016. IIT Mumbai is working on the pre-drive requirements to gather material for the outreach exercise. The Indian Council for Cultural Relations (ICCR) will be the focal agency on behalf of MEA for these tests.

IITs are the prestigious engineering institutes that have contributed greatly to transform the technology industry in India and beyond. Known for their tough competition in entrance exams and highly competent academic programs, six of the IITs have made to the top 300 universities of the world. Notable alumni of IITs include Sundar Pichai – CEO of Google, Vinod Khosla – Co-Founder Sun Microsystems, Sachin Bansal and Binny Bansal – Co-Founders, Flipkart and Amit Singhal – Senior VP at Google. 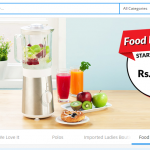 Kaymu rebrands making the platform neat and easy on eyes