iPhone production to go down by 20%, says Nikkei

Apple is one of the biggest smartphone manufacturers of the world. Its net worth is nearly $1 trillion, which would make it the first American company to achieve the milestone. However, stats are showing that the Cupertino giant is not that confident going into 2018, which can be seen by Nikkei’s forecast of Apple shipping out 80 million units of the upcoming iPhone models. While 80 million might seem like a huge figure by itself, it’s actually 20% less than what Apple predicted to sell of it’s iPhone X and iPhone 8/8 Plus models last year.

Some market analysts have commented that the reduction in output can be attributed to the increase in the global competition along with a consistent trend of competing firms taking away significant chunks of Apple’s market share. Furthermore, some analysts have shown grave concern over the trend of dying interest in new models of Apple’s flagships and have quoted this trend as a possible reason behind the downfall in share value of Apple and members of its supply chain. A few of its suppliers, such as Intel, Broadcom Inc., and Qualcomm have faced a fall in share value ranging between 1% and 4%.

On the other hand, some analysts have welcomed this step, saying how this is Apple’s way of countering excessive inventory levels. Apple was left with a considerably high inventory of iPhones at the start of this year, meaning a lot of capital was tied up in stock that would obviously take time converting into hard-cash.

The good thing, however, is that despite news of the falling supply of components, Apple is expected to pull ahead of competitors in terms of revenue and worth. Industry experts have said that the fall in supply is not an indicator of downfall. They further added that Apple’s efforts of increasing the proportion of revenue derived from its services (such as Apple Music etc.) should be recognized as a significant step towards the tech giant countering the dying nature of the smartphone market. 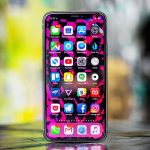 YouTuber finds a lost iPhone X in a river, returns it to owner