Pakistan Telecommunication Authority (PTA’s) Annual report 2020 presented an analysis of the leading telecom sector players and their respective growth. It had declared Jazz as the leader in several domains such as new cellular subscribers, NGMS (Next Generation Mobile Services) – 3G and 4G subscribers, service quality, and overall investment.

Read More: Jazz takes the lead in 4G in the Quality of Service Survey by PTA for Q4 2020

As per the report, Jazz onboarded 13.9 million subscribers since 2016, which places its far above its competitors. During the year 2020 alone, the company added around 3.3 million subscribers, which is also the highest in the industry.

Read More: Jazz strengthens its position as Pakistan’s No.1 network

Jazz is also leading the way with 3G and 4G by adding 5.7 million new internet subscribers in 2020, which is said to be the highest growth among all Pakistani telecom operators. It boasts 3G/4G subscribers’ highest volume, amounting to 34 million, far ahead of other telecom companies.

Even though network speeds constitute a significant complaint regarding telecom customers, Jazz 4G’s service was the highest per PTA’s QoS (Quality of Service) survey that gathered and analyzed data from 21 cities in all provinces. 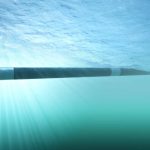