So far, 46,500 Pakistanis have been engaged in energy projects (finished and under development) funded by the China-Pakistan Economic Corridor (CPEC).

According to the report, the overall socioeconomic demographic of around 46 thousand families has been raised, while the skilled workforce benefits from on-site training by both local and international professionals in a professional work environment that far exceeds what they would receive working on other local projects.

It said that all CPEC power plants were built as Independent Power Producers (IPPs) under GOP Policy 2002, 2015, and AEDB Policy 2006 and 2019 and are entirely funded by Foreign Direct Investment (FDI). The project businesses arranged all of the equity and private loans. The complete investment in these factories (equity + private financing) was organized in US dollars and immediately sent to Pakistan by Chinese institutions (China EXIM Bank, China Development Bank, etc.). 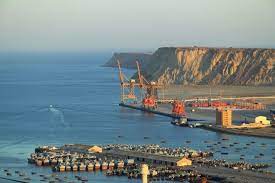 The initial batches were entirely engaged from Karachi’s NED University of Engineering and Technology and Islamabad’s National University of Sciences and Technology (NUST). Six hundred young and energetic engineers were chosen and dispatched to China for a six-month technical and managerial training program. They returned to the project site after completing training sessions to take over critical operational tasks. Soon after being hired, the engineering workers were dispatched to China for 6 months of technical training to finish a module program particularly intended for the operating phase of these power plants. Foreign workers are currently largely engaged in the maintenance sector and have a three-year exit window from the Pakistani labor market, according to the research.

According to the company’s goal and direction, the Pakistani labor share will increase from 68 percent to 80 percent during the next five years. Furthermore, factories will be totally (100%) operated by Pakistani workers throughout the following decade. According to the poll, the foreign employees engaged in this phase will return to their home country after 5-10 years due to the length of their contracts as well as the site’s continuing human resource growth. Keeping this in mind, an ideal technique for employing the workforce in this phase consisted of a regulation requiring all domestic employees to be newly-qualified engineers from various engineering institutes in Pakistan.

Furthermore, new advanced technical training institutes are planned to open within the premises to provide technical training for domestic workers at no cost, such as a collaboration between China Three Gorges South Asia Investment Ltd (CSAIL) and the local government to establish a Technical Training School for locals.

To meet the technical workforce requirements of the Karot Hydropower project, the business chose students from the surrounding region and offered them scholarships to pursue electrical engineering degrees through a well-planned international scholarship programme. According to the report, the students who have finished their degrees have been hired at Karot HPP. 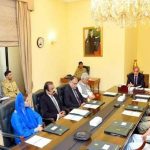