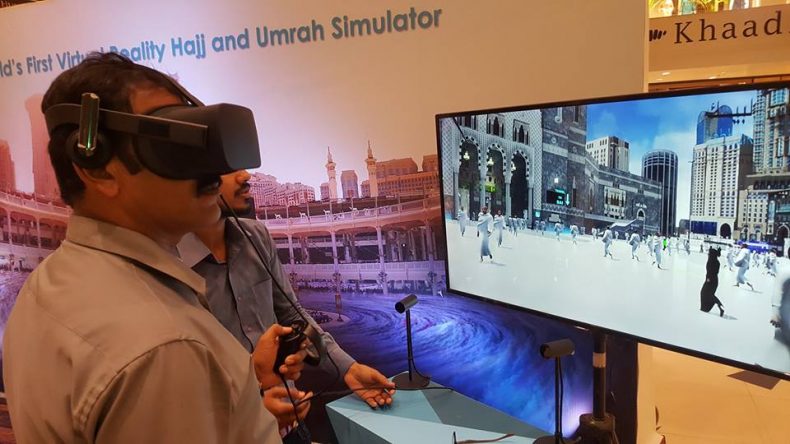 Labbaik VR aims to guide pilgrims who are going to perform Hajj for the first time by using a virtual reality depiction of the Holy city of Makkah. It is the world’s first virtual reality Hajj simulator intended to train people regarding the rites and rituals of Hajj in a realistic 3D simulated environment as well as offering a chance of virtual tourism.

The app has been developed by a startup in Pakistan and will be available for mobile devices soon. Currently, it runs on PC virtual reality headsets such as Oculus Rift, HTC Vive and so forth and a demo was showcased at Dolmen Mall, Karachi in April. Take a look at a demo video below:

The entire environment of the Holy Ka’aba including the sacred sites of Safa, Marwah, Arafat, Mina and Jamarat are available for exploration and practicing of rituals in real time. While speaking to Express Tribune, Shehriar Ashraf, who is man behind this app, stated that the intention regarding the development of this app was to make Pakistani pilgrims one of the best trained in the world.

Our app is aimed at reducing the problems Hajj pilgrims are known to face. We hope to train them in a virtual environment that very closely resembles the actual sacred sites in Makkah so that when they go on the actual Hajj, they can perform the rites with ease and safety.

Through the use of this app, not only can government agencies save a lot of money training pilgrims but also effectively train them considering the environment has been simulated as it is up to a centimeter difference. For the creation of the virtual environment of the Holy Ka’aba and the Haram, up to 75,000 and 85,000 HD photos have been used to ensure accuracy and offering a life-like experience.

Ashraf’s company has trained 30,000 Hajj pilgrims in 2016 alone using 2D technology and they now intend to train 5000 pilgrims using this new app. A mobile app will also be launched soon to facilitate the training process which will be a high-end 2D version of the vanilla app.

What are your thoughts regarding this app? Will you be interested in training in a virtual environment for Hajj? Sign off in the comments section below!

previous
Pakistan ranked 2nd among countries where Facebook removed maximum content
random
next
Huawei CEO will be “the first to protest” if China strikes back at Apple: Bloomberg
Trending Posts