A blog post published on the 25th of August by Google mentions that now, more than ever, people have been spending a lot time on their internet browsers and require a faster and cleaner way of exploring.

The updates include ten percent faster and the grouping and collapsing of tabs. Chrome will now use a technique known as Profile Guided Optimization (PGO) to run the most critical parts of the webpage’s code faster. This technique uses real usage scenarios that match the workflows of their users and prioritises the most used tasks on a webpage. As a result, these tasks perform better and are carried out faster (more details on PGO by Chrome can be found here).

Another update introduced better, more touch-friendly tabs for tablet mode. The tabs on touch devices will now be larger, more practical to organise, and collapsible when not needed. Switching to an already opened tab has also been made easier. An Android user will now be given a suggestion if they start typing and a similar tab is already open in the background.

The filling out and saving of PDF files can now be done from within Chrome. Previously, an editable PDF could not be saved from the browser directly; a trait that was an inconvenience to many.

URL sharing on Android devices is another thing that being revamped in this new update. Users can also generate QR codes for the scanning and downloading of web pages and other elements within.

Lastly, a tab preview feature is rolling out on Chrome Beta (for now). Users can now hover over a tab and get a small preview of what it contains, much like the preview feature that already exists on Microsoft Edge.

“We hope all these updates will make it easier and faster to browse and get things done in Chrome,” says Alex Ainslie, the Director of UX, Chrome, in the blog post. The features have gradually started rolling out to Chrome-equipped devices everywhere. 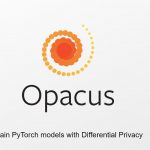