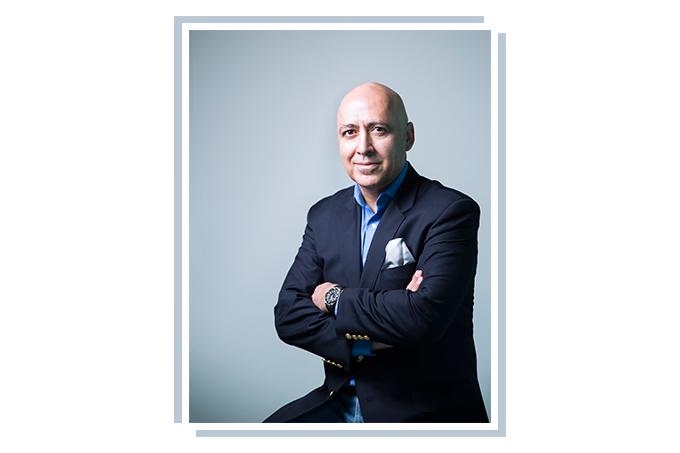 At Davos World Economic Forum 2017, a Pakistani asked Jack Ma, the co-founder and executive chairman of China-based Alibaba Group to share the guiding principle of success. Contrary to popular belief, Jack Ma didn’t respond with the clichéd ‘reliance on technology’ to turbo business success. Referring to the premise that humans can never compete with machines programmed by advanced artificial intelligence, Ma emphasized over ‘people’s soft skills’ as the most business critical aspect of any company. Co-founder of China’s e-commerce giant highlighted the compelling need to teach these skills at educational institutions.

Pakistan’s leading Telecom Company, Jazz, is already en route to Ma’s futurist approach with an ‘emptying the cup’ drive.  The people-centric policies and practices at Jazz are reflective of the fact that human capital is the prime force held sacred by the company that lays the foundation of a winning edge in the industry. Learning to unlearn is an essential ingredient for keeping pace in this age of fast-changing technological world. With their ‘people first’ motto, the Jazz leadership is insistent on cascading an ‘emptying the cup’ mindset.

Jazz recently won the Ookla Speedtest award making the company the fastest growing mobile network in the Pakistan. The winning team dedicated this award to its customer base of 19.6 million that make up the largest 3G/4G mobile data users. This award by the independent global broadband testing company is a testimony and recognition of the fact that we at Jazz are doing it right. We at Jazz truly believe that the dynamism, resilience and growth of the businesses are ascribed to the process and ideas of its human resource.

To celebrate company’s success, we took the Future Leaders Team at Jazz to the hillside hotel near Murree. Our sole aim was to inculcate in our people the understanding of the changing future trends in the industry after realization that the technology is already set off to make most conventional jobs and other prevailing skills obsolete.

The two-day off-site agenda included a line-up of various sessions based on technical and functional reporting; role playing, lateral thinking activities, a cricket match, a head-banging concert and last but not the least a gender-sensitization training by external experts. We tried to cover almost every segment in the retreat that any other world-class corporate leadership retreat should cover. The golden take-away from the retreat was, ‘results don’t matter as much as ethical values do.’

The corporate culture in Pakistan is largely seen as exploitative and antithetical to the values framed around it. Hence, we began by telling our sixty leaders the art to unlearn, to celebrate failure and stay committed to a constantly iterative process. We urged our leaders to improve the people culture at Jazz. Let go of a fixed mindset by adopting a growth mindset. We asserted our leaders to assume roles of mentorship by making sure that they contribute to succession planning. Our activities centered on seeing customers as the assets. Our leaders fully recognize that it is important to fight off ambiguity in communication because it creates uncertainty and doubt.  We talk the talk and allow criticism. We make lists of what needs to stop and what needs to initiate and areas where we must do more. Another important take away was to laugh at oneself and have some fun.

Ours is a new world order of ethical business values, transparency and considerate communication. Old authoritarian structures that thrived on closed hierarchy and inflexibility are fast fading away. Jazz is the thought-leader in digital communication. It is fast, ambitious and highly competitive. However, we at Jazz will never adopt archaic human design practices irrespective of immensely tempting profitability race.

The people of Pakistan are largely disempowered, unfortunately excluded and rank well below the regional averages in the information age. Telecom leaders need to unravel mechanism to cope up with this challenge in this highly competitive digital era. We at Jazz believe that it can best be achieved by maintaining pro-poor work ethics, emphasizing on learning and development and eventually transforming the industry into the platform-based, open and entirely disruptive one.

Jazz is winning the data speed war and going well ahead in the broadband game. However, standards of performance must rise. It is important for all players in the industry to work upon its people’s strength of character, credibility and transparency to grab the market share and emerge as market leader. People-centric policies are the present while future generations with improved soft skills are the future. Core human values of an organization’s workforce are irreplaceable assets. It goes without saying that where people come first, companies flourish. Jazz, with its proactive approach, is already making strides and incorporating all those valuable principles in its policies for early and easy adaptation of its human capital.

Ali Raza Mehdi is the Head of People and Organization at Jazz.

previous
Technology company asks female professional to resign on grounds of wearing hijab
random
next
OnePlus 6T will be launched a day earlier, thanks to Apple
Trending Posts