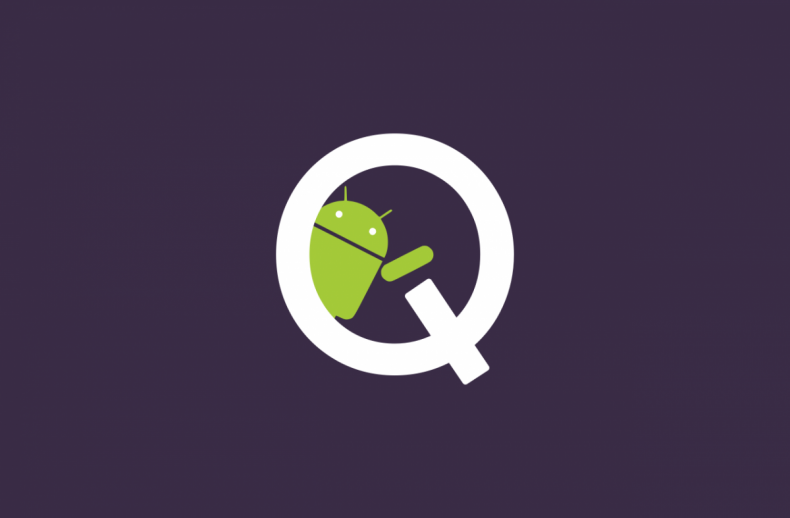 Android Q has been in development for quite some time but we are still months away from its release. However, xda-developers were able to get access to a very early build of Android Q. They were able to find a couple of new additions to the latest version of Android, which can be found in the following video uploaded on their YouTube Channel. 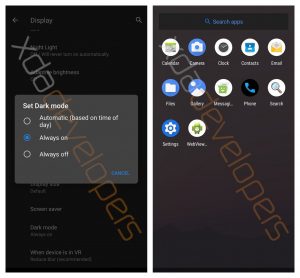 It has long been rumored that Android Q will have a system-wide dark mode. The new screenshots showcase different apps settings and notification center in dark mode.

The dark mode can be enabled by selecting “set dark mode”. Users will have the option to change the theme based on time of day or to stick to one theme irrespective of time.

Many of Google’s apps like contact and messages already support dark mode. Those who don’, can be forced to support the dark mode with a new developer option, “override force-dark”

Google’s implementation of dark mode is a bit different from the rest. Rather then going for a pitch black background it opts for a dark grey background. True Dark mode not only helps with reading at night but also improves battery life on phones using an AMOLED screen. However, Google’s decision to use a grey background does help with the reading experience, but it helps little with the battery situation. 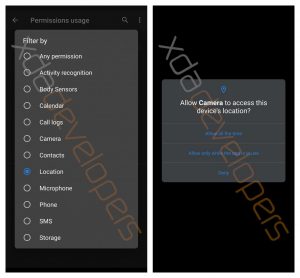 Permissions have been rethought completely in Android Q. The permissions page gets a design revamp. Even the dialogue box asking for permissions also gets a UI redesign.

Android Q will let users check which apps are using which permissions directly from the notification center. In addition to that users will be able to filter out apps based on what permissions they use. Users will also be able to limit permissions to only when the app is opened, addressing the privacy concerns that have plagued the platform for a while now.

Desktop modes have been highlights of several flagships from Samsung and Huawei. A new developer option “force desktop mode ” has been spotted.

Not a lot is known about this new mode, but its description states “force experimental desktop mode on secondary displays.” We think we are looking at Google’s take on desktop mode. Google will probably use type c converters to avoid segregation. 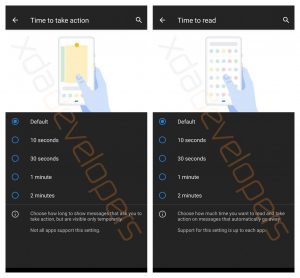 A new option also lets you choose the graphics driver. A long press of the power button now has an option to trigger video recording. You can now also show your current wallpaper on the always on display.

Other additions include two new options in the accessibility page, Time to take action and Time to read.

e can expect to see Google announce Android Q’s developer preview some time soon now. It will be interesting to see how it stacks up against the latest version of iOS which is also rumored to get a huge redesign. For more details, visit the original blogpost

previous
Motorola Razr could be coming back with $1,500 price tag
random
next
YouTube brings Pulse, its biggest event for marketeers and advertisers to Pakistan
Trending Posts