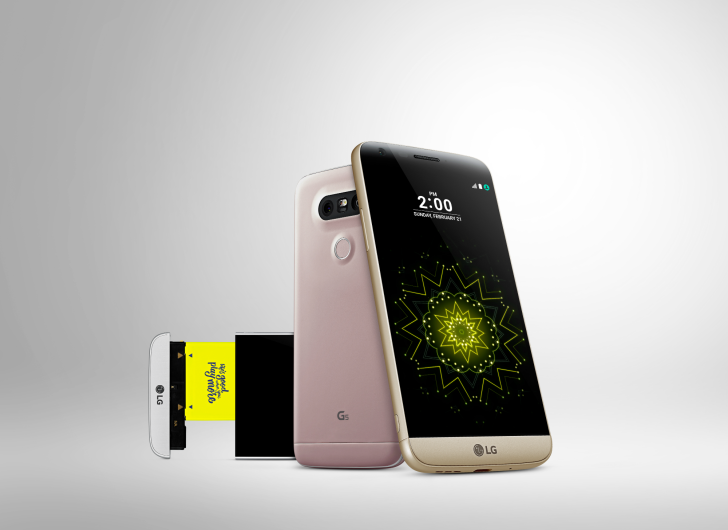 The South Korean smartphone giant has finally unveiled the radically-new LG G5 along with a slew of accessories (modules) and features to make the smartphone stand out from the Android crowd.

Unveiled today at the Mobile World Congress 2016, the G5 is LG’s latest flagship smartphone and marks a radical shift in the company’s strategy with its range of unique features. Design-wise, it’s a handsome phone with aluminum body and a 5.3-inch QHD display(1440 x 2560 resolution). It also takes some design inspirations from Google’s Nexus 6P and has a fingerprint sensor in the exact same position.

On first look, the G5 may look like an ordinary, yet sleeky and beautiful smartphone with a display that won’t turn off but on closer inspection, you can start to see that the G5 is much more than that. 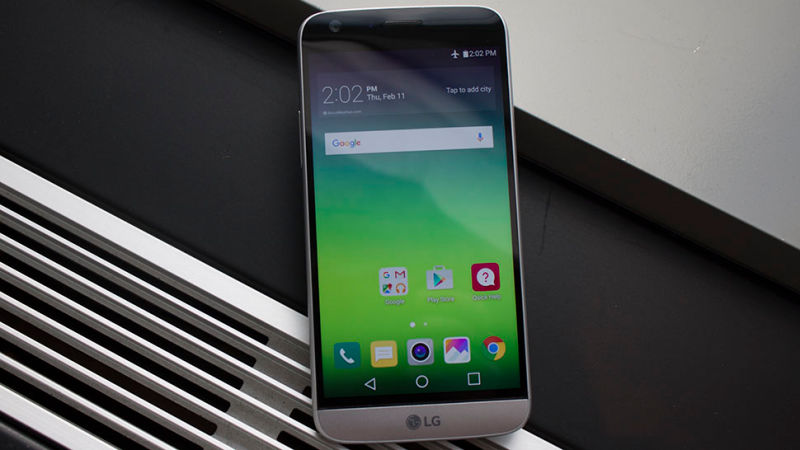 It comes with a Qualcomm Snapdragon 820 chipset paired with 4 GB of RAM, 32GB of on board storage, a micro SD expansion slot, and a removable 2,800 mAh battery. The smartphone itself is barely 8mm thick and weighs 159 grams.

LG has packed in two rear cameras; a normal 16 MP one and an 8MP wide-angle lens, while the front camera is an 8MP one. It also comes with and finger-print sensor and an Always-On display that, LG says, will only consume 0.8% battery per hour.

Unlike previous LG smartphones, this one isn’t all about the specs and the company’s obsession with turning it into a kitchen sink full of every high-end spec that the company could package in. Nevertheless, the G5 is no slouch in terms of specifications. 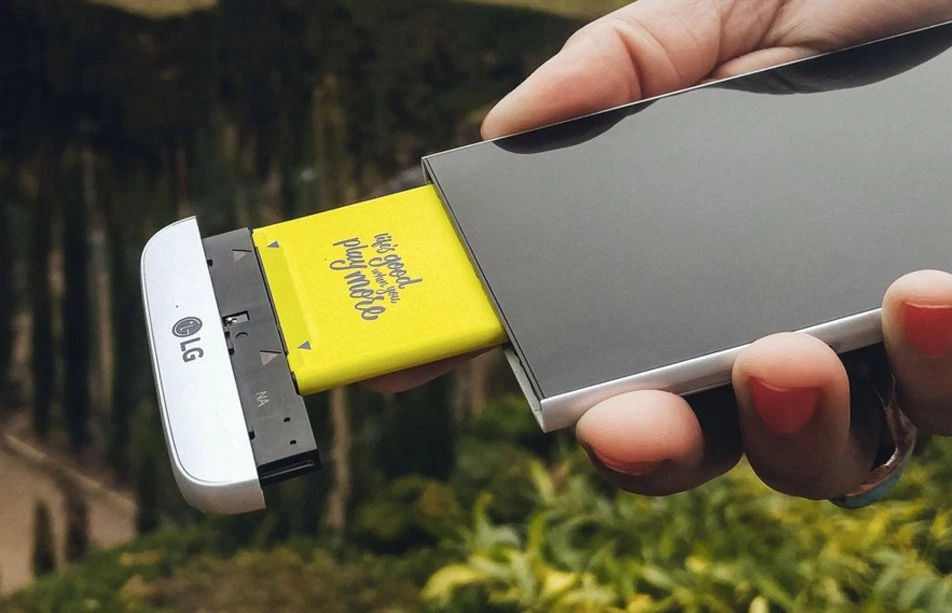 The G5 comes with a detachable bottom, which can be pulled out to take out the battery and reveal some extra slots for modules. LG is offering a range of these called the G5 “Friends” including a camera module with a huge battery and an external amplifier combo unit that can be attached to the phone by detaching its bottom. Called the LG Cam Plus, the first module consists of an enlarged camera grip for single-handed photography, a physical shutter button, a dedicated video recording key, an LED indicator, a jog-dial for controlling the zoom and an extra battery power, converting the normal 2,800 mAh battery into a 4,000 mAh one, while the second one is LG Hi-Fi Plus, an external 32-bit DAC and amplifier combo unit, tuned in collaboration with Bang & Olufsen, that can convert your phone into a handheld amplifier.

Other set of accessories consist of a LG Rolling Bot that has a camera and can be controlled using your phone, a 360 camera and a light-weight Virtual Reality headset.

LG hasn’t revealed pricing or release details yet but seeing that Samsung, LG’s greatest rival, is going to reveal the much-anticipated Galaxy S7 tonight, we are quite sure that they won’t take long to get their flagship out on the market as soon as possible. 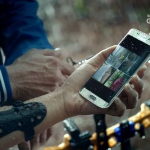