Maker Fest coming to Pakistan for the first time

Maker Fest, a subcontinental-variation of the world-popular event “Maker Faire, is coming to Pakistan for the very first time and is going to take place in January next year. So, what really is Maker Fest?

What is Maker Fest?

Maker Fest is an event, or more of a gathering, for inventors, entrepreneurs, designers, artists, artisans and all kind of creators so they can show their true capability. It is an opportunity for every little creator to wiggle about their minds and take those little ideas for a ride, to give them a definite shape. First introduced as “Maker Faire” in 2006, the event has been hosted across America, Europe, Africa and Japan and has been a huge hit. They even go as far as calling it the “Greatest Show (and Tell) on Earth—a family-friendly festival of invention, creativity and resourcefulness, and a celebration of the Maker movement.”

Last year alone, a total of 215,000 people attended the two flagship events at New York and Bay Area in the U.S. Later on, Maker Faire was introduced in India with the title of “Maker Fest” in a collaboration with Asha Jadeja, an angel investor and venture capitalist in the Silicon Valley with her roots in the sub-continent.

Just months ago, the same woman, Asha Jadeja, unveiled her plans to create a collaborative bridge between the two great rivals, Pakistan and India, by introducing Maker Fest in Pakistan and finally, Maker Fest has been scheduled to take place in January of next year at Lahore.

Here is what she said in an interview with Dawn,

“I want to create a civilian bridge between India and Pakistan by introducing Maker Fest in Pakistan earlier next year…this would be my first investment in Pakistan.

The collaboration would not only be at subcontinent level but potentially at a global level.”

Her belief in the Pakistani youth being fearless in their path to entrepreneurship and activism convinced her to turn her attention and focus to this country, and if this event is any indication, her plans certainly seem to be bearing fruit.

The program in Pakistan is being hosted in a collaboration between SAMAAJ and “Motwani Jadeja Family Foundation”, a charitable non-profit organization based in the U.S. with the aim of supporting entrepreneurs in under-served areas of the world, where they don’t have the opportunity to showcase their skills.
We are also proud to announce that TechJuice is an exclusive Media Partner of Maker Fest in Pakistan and as such, we will be covering the event in great detail.

The event is scheduled for the first week of February next year, in the city of Lahore. You can also head over to Maker Fest Pakistan’s official portal on the web where they have attached a count-down to the start of the event, down to the very last minute.

Are you a Creator?

Maker Fest is a new platform right now and they are on the lookout for creative individuals including both, makers as well as volunteers.
If you are a creator, this is simply a glorious opportunity to put your minds to work and show off what you are really capable of! Simply go to this link and fill out the Maker Application form. The exposure alone is worth the hard work.
Alternatively, if you just want take part in this wonderful event as a volunteer, you can head over to this link and fill out the volunteer form.

With over 30,000 spectators, 150 makers, 30 workshops and 15 speakers, the “Maker Fest” moniker alone accounts for a whole lot of audience and has fans all over the subcontinent. What remains to be seen is how the Pakistani entrepreneurs take advantage of this huge opportunity coming their way.

Editor Note: TechJuice is an exclusive Media Partner for Maker Fest Pakistan and will be working closely with the management to make sure the tech community gets the most out of it. 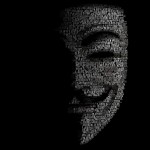