TechJuice > Education > Malala builds a school for girls in her hometown

Malala builds a school for girls in her hometown 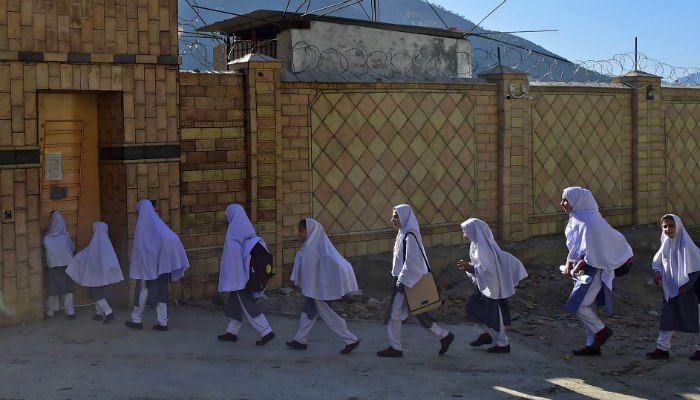 After her return to Pakistan, Malala Yousafzai took another great initiative to promote girls education by building a girls school at Shangla, a district of Khyber Pakhtunkhwa.

The Khpal Kor Model School is a three storeys tall school building with a computer lab, library and playground area. It is surely a symbol of change that Malala helped to bring in a deeply conservative area where she also once struggled to get herself educated. It is noteworthy to mention that Malalabuilt the school at Shangla with the Nobel prize money which she won in 2013.

Congratulations to students at KKF Model School in Shangla on your first day! I was proud to give my @NobelPrize money to help build this school for girls in my home community. Thank you @MalalaFund, @Aman_Foundation, @TheBigHeartUAE & @susanmccaw. pic.twitter.com/HF4vsSdNpp

The sad part of the story is, despite being happy after building a new school at Shangla, parents of girls seem afraid to speak to the media for fears that building might be get targeted by the militants.

“We don’t want this school to be publicised because if it happens, militants will target it,” one parent told a news correspondent on condition of anonymity.

However, police have promised that they will soon deploy police officers to guard the campus. The school is built on the outskirts of Shahpur, a town in Malala’s home district of Shangla — part of the region known as Swat, the scenic valley once infested by the Pakistani Taliban.

Undoubtedly, it is a great step forward to promote the girls education and empower women in regions like Shangla but still there is a lot more that needs to be done to upsurge the literacy rate of women particularly in backward areas.

Let us know in our comment section what would you think about the steps taken by Malala.

previous
Twitter has suspended over 1.2 million accounts for spreading terrorism
random
next
Huawei is offering Honor 7X in just $1 for two-day flash sale in this country
Trending Posts