Meet doctHERs, a startup becoming the face of telemedicine in Pakistan 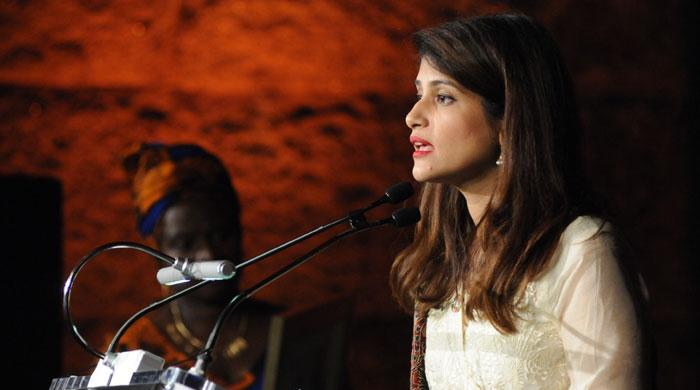 According to a survey conducted by the Pakistan Medical and Dental Council, 50% of the medical graduates every year are women while as low as only 13% go on to pursue it professionally. One of the predominant factors that hinder women from becoming medical practitioners is the unfavorable social setting. The solution to this alarming state of affairs is doctHERs. Co-founded by three doctors namely, Asher Hasan, Sara Khurram, and Iffat Zafar, doctHERs aims to bring female doctors back to the medical workforce.

120 million Pakistanis earn less than $2 a day. For these people, the only affordable essentials of life are food and shelter. Medical facilities are unfortunately a luxury they simply cannot afford.

Prior to co-founding doctHERs, Dr. Sara and Dr. Iffat both had grim experiences working in the medical health sector which makes the mission for their startup even dearer and closer to their heart. They are aware of the sacrifices an average woman in our society makes but are simultaneously determined that compromise on career should never be an option.

How about a female doctor offering consultation services without leaving her home? This is exactly how doctHERs introduced Telemedicine in Pakistan. The idea is to provide remote medical consultation to patients via telecommunication technology. It is being vastly implemented in India and several African countries before it got prototyped in Pakistan on a smaller scale. doctHERs jumped at the prospect of implementing the telemedicine model in Pakistan.

Using an existing online portal for physicians to answer clinical queries called MD Consult, doctHERs is bringing quality healthcare to the rural populace. 120 million Pakistanis earn less than $2 a day. For these people, the only affordable essentials of life are food and shelter. Medical facilities are unfortunately a luxury, they simply cannot afford. Before its official launch in 2015, doctHERs executed a pilot test on a group of 100 patients in Karachi.

doctHERs key focus early on was providing the best medical care. They identified an existing infrastructure rather than building one themselves for opening up clinics that are essentially run by a midwife or a lady nurse. The local Nurses can deal effectively compared to the outsiders since they are familiar with the social dynamics and speak the local languages of the area. After bringing these Nurses on-board, the team arranges their trainings for basic technology skills, provides necessary equipment and medicine. The clinics are set up with a laptop tuned for video consultation and two online doctors are assigned a particular clinic and provides remote check-ups to patients.

doctHERs currently has 7 clinics across Pakistan and 2 other clinics dedicated to mental health. All these clinics are assigned online general physicians and specialists including gynecologists, dermatologists, and diabetologists. Furthermore, all doctHERs clinics provide tertiary care referrals. Every clinic has a visiting ultrasound specialist along with weekly visits from phlebotomists which provide lab reports on all 9 clinics. Presently, among the 40 Doctors enrolled in the startup, 15 are rendering their services actively.

In order to ensure sustainability of the startup, doctHERs has adopted a simple business model whereby they charge patients Rs. 100 per visit. Out of the total revenue, 40% goes to the company, 40% to the consulting doctor, and 20% to the nurse. For ultrasounds, the fee is split in a 40:60 ratio between the company and the ultrasound specialist.

23,000 people have been treated via the telemedicine model introduced by doctHERs.

Although doctHERs is running with a mission to bring back female doctors to practical medicine, they follow a strict criteria while hiring. A doctor is only considered eligible to apply if she has a 3-year experience after house job with a valid work license. Selected doctors then have to pass an assessment test that has been designed in collaborations with specialists. Afterwards, candidates are tested in a dummy consultation to see how they would interact with patients in a real-life situation. Finally, selected candidates are trained and hired to work with doctHERs.

To date, 23,000 people have been treated via the telemedicine model introduced by doctHERs. The main issue that arises in running such model in Pakistan is that their target segment is primarily illiterate having no familiarity with technology. Most of the slums where they set up clinics have limited Internet access and an irregular provision of electricity. It forces them to look for alternatives. However, the team is committed to make it work despite all the bottlenecks and challenges.

It has been over 2 years since doctHERs was founded, it has enhanced its scope threefold. In addition to the original idea of video consultation in rural areas, they are also conducting awareness campaigns with local partners like on Diabetes, Hypertension, Maternal Health, Family Planning and other issues across Pakistan. They have by far reached a cumulative 100,000 people. For these campaigns, doctHERs has partnered with the likes of GlaxoSmithKline(GSK), DKT, TechValley Abbottabad, MediBank, Unilever, and Lifebuoy in past, and for future they are looking forward to partnering with the provincial governments of KPK and Punjab. Lastly, doctHERs is planning to build their own telemedicine platform which would basically be an app available for download and instant consultation from a specialist. This is still in the pipeline and is expected to be launched by the first quarter of 2017.

By the end of next year, doctHERs hopes to have 70 clinics up and running in the country.

doctHERs is arguably among Pakistan’s most celebrated young startups. In a short span, it has won various awards and grants at both local and international level. Earlier this year, they were awarded the HRH The Prince of Wales Young Sustainability Entrepreneur Prize by Unilever and the University of Cambridge Institute for Sustainability Leadership, and the UNICEF Global Goals Award. doctHERs has also been a winner at the MIT Enterprise Forum in the Women-led Established Startup/Company, runners-up in the health innovation category for the National Innovation Awards. They were accelerated at Invest2Innovate’s 4th batch and most recently at Velocity, Telenor’s Digital Accelerator. Their stint at Velocity has helped them optimize their financial model, focus on customer profiling using Telenor’s Digital Analytics, and form a cashless mechanism at the patient’s end using Easy Paisa.

By the end of next year, doctHEERs hopes to have 70 clinics up and running in the country. To accelerate their growth, the startup is in talks with various local social impact investors and several international investors as well. At this juncture, when numerous healthcare startups have sprouted, doctHERs appears to be taking the lead. 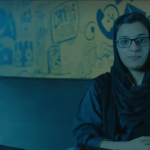