Meet Interacta, a startup that aims to redefine television broadcasting

The rise of social media has taught all of us one valuable lesson — interactivity is imperative. Social media itself has evolved over the years and is now being widely used by businesses because it is the most instant mode of communication. However, when it comes to interactivity, television broadcasting has not evolved much after all these years despite its widespread access and usage. So the question is how to transform something that is deeply rooted in the lives of millions? Interacta, a young startup, from Pakistan is trying to address exactly that. It aims to make television more interactive for the viewers.

Maaz Kamal started Interacta as a senior project and was completely oblivious of its fate at that time. He was, however, enthusiastic about his idea. He gathered a team of friends from NUST and LUMS who worked on the first prototype which surfaced for the first time in 2014. Maaz took the reins as the CEO while Jazib Babar and Ali Ahsan, who are experts in Mobile Technologies and Digital Signal Processing respectively, joined as the Chief Technology Officers. Rest of the team comprised of UI/UX genius Uneeb Ahmed, finance expert Waqas Aqeel, and programming enthusiast Sadiq Alvi.

The Audio Recognition Algorithm Interacta uses is their proprietary technology which they filed for Provisional Patents in Pakistan.

“Interacta could be best described as an app similar to Shazam”, Maaz explained, “What our app essentially does is it detects the audio from your TV [a show, a movie etc] and then displays the relevant response on your phone which would then allow you to interact with that particular TV show.”

Using their proprietary technology for audio recognition, Interacta basically transforms mobiles/tablets into a medium of interactivity between you and your TV. It is perfect for audience-driven shows. While you are watching a quiz show, you can take part by answering questions on the Interacta app, and participate in live cooking shows, or businesses. Entrepreneurs and Businessmen can interact with their potential customers via TV advertisements. It makes Interacta rightly positioned to tap the digital advertising market.

In 2014, the team pitched the idea at LUMS Center for Entrepreneurship (LCE) and became the part of the first cohort of the startup incubator. The startup’s stint at LCE provided the much-needed exposure and opportunities for networking and mentoring. In May 2015, the startup announced that they had raised an investment of $220,000 in seed funding from Fatima Ventures. However, that entire process was not as smooth as the team had initially imagined. Lack of solid infrastructure in the country for a smooth flow of investment rounds created some unforeseen hurdles.

In a short span of two years since their launch, team Interacta has learned some important lessons. The most important being the realization that a service like theirs might just work better in a country that is more suited and adaptable. The team has met some international parties from Turkey and Singapore who are interested in their product but demand credibility and the figures to prove sustainability.

Intercata’s recent stint at Velocity, Telenor’s go to market startup accelerator, was also aimed at strengthening their user base with the support of Telenor’s nationwide customer network. The team even pulled off a pilot with Telenor to test the app with a larger group of people. After a pilot run, Interacta is hoping to execute fully interactive campaigns with Pepsi, Stylo Shoes and some other brands.

Until their plans materialize, Interacta is waiting for its big break. Their app currently has only 1200 downloads; revenue generation is not their top concern. While sustainability being the key focus, they are currently going for the most popular tactic which is to build a large user base and then focus on monetization. The startup is currently in talks with interested investors. If they are able to raise funds successfully, it would primarily be channeled towards marketing of the product which consequently would help Interacta sustain and grow. 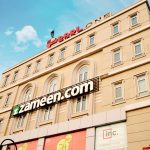