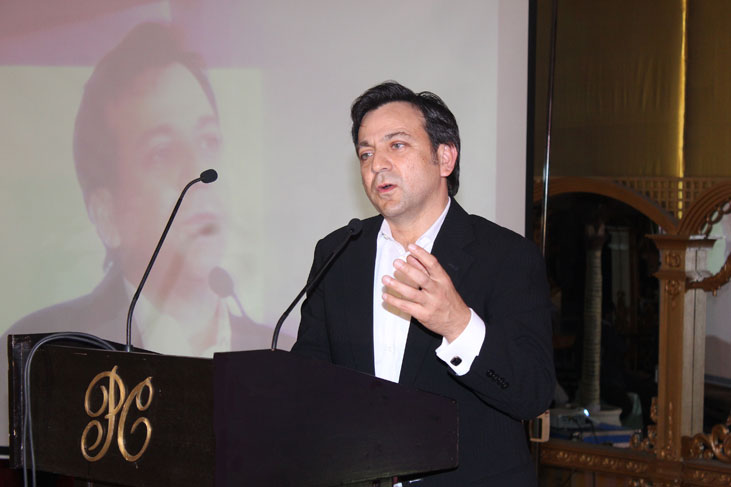 As ironic as it might sound, one of the world’s leading payment processors is operational in Pakistan, yet we are still waiting for a proper payment gateway to come here. In order to feed our curiosity, we reached out to the CEO of i2c Inc, Amir Wain, to understand the latest developments that are occurring inside his company.

When you picture a person heading one of the most dynamic technology companies in the world, a flashy personality pops in your head — Amir is the exact opposite. ‘Quiet like a fire’ is the word that instantly came to my mind when I met him for our interview. Amir has diligently built a well grounded empire with roots from north to south and east to west, in different cities around the world. With major brands such as Visa, Western Union and T Mobile in his client portfolio, a group of companies with more than 900 employees, and problems like power shortages and an occasional political crisis in the country, it can be a lot of pressure. Yet Amir is cool about it. His mantra, “What’s the worst that can happen? Once you get comfortable with that the rest is easy.”, has helped him in dealing with uncertainty and environmental challenges. He believes in taking action and preparing ahead of time for unforeseen problems.

Although Amir has lost a small number of prospects because of the operations in Pakistan, he has been able to address the concern of many large companies by having a detailed discussion about their concerns. Usually the fear relates to a loss of man power to which Amir expressed

“USA is a highly competitive market where even companies like Google and Facebook find it hard to retain top talent.. On the contrary, there is no such competition here. If we lose someone it is mostly due to people moving out of the country. The risk of manpower loss is many folds higher in Silicon Valley compared to Pakistan.”

On success, Amir believes that had they looked at other local companies or India for inspiration or direction, they would never be where they stand today.

“The world is becoming a much smaller place and companies need to have a global outlook. If you want to be meaningful, you should aim to be in the top 5% of your industry. If you are not doing that you are risking being irrelevant in the larger scheme of things.”

Amir does not view the custom software development or project business very highly. He compares it to a daily wage business which has inherent sustainability and scalability issues.

“Professional Services are not going to take you anywhere, if you want to be successful build a differentiated product and sell it as a service. The SaaS business model offers the leverage that one needs to be a global success.”

Amir believes that international sales and marketing has become lot easier for an entrepreneur than it was 20 years ago but at the same time the competition has become quite stiff. The entry to market is not very difficult, he gave examples of mobile application developers. If the developed application or game gets featured in the app store, it can make the app an overnight success. He also added that innovation is great but the real challenge is monetizing that innovation. This is where a lot of technologist fail and an area where young entrepreneurs need coaching.

Regarding my question around why there are comparatively less success stories coming out of Pakistan as compared to our neighboring country, India. He said:

“Pakistan and India are very different. I am not sure if there is anything to learn by comparing the two. India has a large domestic market and a huge workforce, neither of which is true in case of Pakistan. If we want to compare Pakistan, we should compare it with Israel which has similar size workforce. Israel’s success is driven by its focus on high-end, IP based revenue models to make up for the much smaller workforce. Our strategy needs to be similar to Israel rather than the predominantly body shopping approach of India.”

The conversation took a turn when I asked if they plan to solve the payment gateway issues in Pakistan, to which Amir frankly expressed that it is going to be a pretty bad business decision. It is not a technology issue but rather a business issue. Getting things done in setting something like this is a huge problem in Pakistan; a lot of energy gets wasted in petty issues. If you have a competitive product there are many other markets in the world that are easier to operate in and offer higher rate of return. On the other hand, Amir is a true patriot and wants to give back to the country as well. He said that when the regulatory environment around electronic commerce matures in Pakistan, he will be more than happy to actively participate in building out the market.

Before parting, I asked if he hopes to see a billion dollar tech company coming out of Pakistan with local target market. He said that in the current situation it is highly unlikely, but yes if a great product is developed for an international audience it will have a much higher chance of success. He also added that there is a brand perception problem with Pakistan.

Yes, Amir is leading one of the best global payment solutions providers but the fact shouldn’t be ignored that his journey of entrepreneurship started in 1986 when computers and modern technologies weren’t prevalent. Amir, with every passing year, learned and improved. He saw the trend early and started the first ever Software as a Service (SaaS) company out of Pakistan. As James Russell Lowell once said “Not failure, but low aim, is crime”. Amir seems to agree and took the long hard road to success. Judging from how things are going for i2c I would say it is all worth it at the end of it. 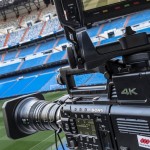