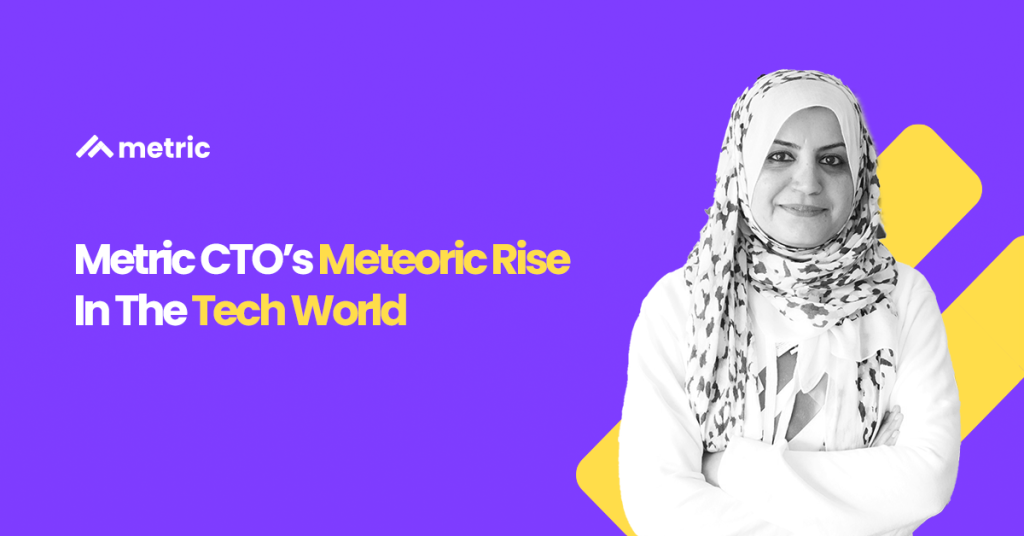 A woman CTO in an emerging tech market is pretty much unheard of – but Dr Habiba has never been one to follow the conventional path.

As the super intelligent kid expected to find a career in medicine, Habiba instead pursued her passion of engineering, maths, and tech. Leaving the comfort of her home in Pakistan, she has traveled the globe to develop her skills, living and working in three different continents over the past two decades.

And why just settle for a scholarship in the US, when you can complete a seven-year computer science PhD and become one of the most accomplished tech experts on the planet?

“Going abroad for higher education was one of the most pivotal moments in my life,” said Dr Habiba. “This education shaped my career and a few aspects of my life. However, the bigger impact of leaving the comfort of home and familiarity was the self-discovery.

“Nothing prepared me for the way my life changed. To be independent. To fend for myself. To discover myself when no one who knew me before was around to judge or analyze me.”

It was finding herself, consistently choosing the path of the unknown, and celebrating every failure as much as the successes that led to Habiba’s incredible rise in the tech world.

Now a Cloud Solution Architect with Microsoft, Habiba also jumped at the opportunity to join Metric as CTO in 2021 to help build a fintech product that supports small businesses all over the globe.

Working closely with CEO Meenah Tariq and Managing Director Omar Parvez Khan, the team at Metric are hugely proud that their accounting app is already being used in 90+ countries – despite only being launched five months ago.

Their aim was to create a simple solution for businesses which would be like having an accountant in your pocket, and it’s now being hailed as the world’s most founder friendly accounting app.

A significant part of that success is down to the tech expertise Habiba has brought to Metric and her vision for future development and growth.

Habiba said: “The most rewarding part of working with the Metric team is to step out of my usual and more familiar roles into something way more creative and rewarding.

“I have been a researcher, a data scientist, and an engineer throughout my career. As a CTO for a fintech start-up, I get to apply all these roles in one place.

“Additionally, there is more sense of ownership as you try to not just figure out how tech can help transform businesses but also trying to figure out what would truly help the end user achieve more.

“As a team we all are constantly learning. We all are solving problems that we haven’t tackled before. We are constantly trying to calibrate our efforts to create meaningful impact.

“In the end we are trying to build something that we genuinely care about and believe in.”

Working for Microsoft and several other global tech firms, achieving success as a female in the male-dominated engineering sector, and playing a key role in the growth of an app that’s spreading across the world is an unlikely story for any girl, never mind one who grew up in Pakistan.

But what was life like growing up in Peshawar, living with her mother, brother, cousin and grandparents? And how did Habiba’s remarkable academic side begin to shine through?

“I was an organized person. I tended to dress up properly with matching shoes and hair clips. I kept my toys and clothes organized. I was always an early morning riser.

“My grandparents used to wake up early too. Those morning moments spent in their company while the rest of the world was still sleeping was one of my most precious moments in life.

“I had a very strong inclination towards mathematics right from the early age. I didn’t care much about how I performed in other subjects – but had to have a perfect score in math. I would never get bored with solving math problems over and over again.

“So, somewhere subconsciously, I knew I would focus on math and engineering as a career path. Although my mom was disappointed that I didn’t take medicine as a profession.”

While her parents may have divorced, living with her grandparents provided stability and a solid foundation for Habiba. Her grandfather had a huge impact on Habiba’s education, her values, and career development.

From as young as age four, she recalls sitting on the veranda of the family home and doing maths challenges with her grandfather. Working out mental arithmetic as quickly as possible helped finely tune her developing brain and sharpen her academic skills.

“My grandfather made math sound simple, fun, and cool,” explained Habiba. “It wasn’t just that he solved math on paper with a pen but helped me imagine and mentally visualize it. It had that another world feel to it.

“He was my friend, my support, and my ally. He was like an escape. I could sit with him for hours and could talk about anything, although we mostly talked math, poetry as he was an ardent reader of Allama Iqbal’s poetry.”

After the disappointment of “less-than-perfect” exam grades as a teenager, once such Iqbal poem that her grandfather recited was: “Don’t fear the intensity of the opposing wind, O’Eagle. It only blows to help you even fly higher.”

As she stepped into her engineering studies, the chances of flying high were slim due to it being male-oriented and an “atmosphere not suitable for women”, as Habiba describes it.

This was coupled with discouraging opinions from the people around her and a politically charged culture where there were often strikes at university, unrest, and cancellation of classes.

Still, Habiba thrived and left Pakistan to further her studies at the University of Illinois in Chicago via a Fulbright scholarship, which paid for the first five years of her computer science PhD. Her thesis combined machine learning, graph mining, social network analysis, and traditional graph theory for identifying influential entities in dynamic networks, for optimizing diffusion in networks.

During her PhD studies, Habiba also worked as a research intern for Microsoft in Washington, and joined a team devising optimal ad strategies for Bing and Yahoo Search.

Habiba said: “My PhD advisor, Dr Tanya Berger-Wolf, was truly a fantastic role model. A woman who helped nurture and support my best skills. She taught me to take risks and to embrace failures with the same spirit as successes.

“Through my PhD research I learnt how computer science can be applied quite literally in the wild. I had the unforgettable experience of going to Kenya for a field course with ecologists and field biologist from Princeton University and working on applications that one would not typically think to use computational tools for.

“It took me about seven years to complete my PhD – not very unusual in the US, especially given that I was in a direct PhD program right after my undergrad.”

Nine years in the US was followed by a move to Germany in 2013 where Habiba began post-doctorate studies at the University of Kontanz. This was a large European Union Research (ERC) project about the impact of colonial encounters in the Caribbean, the nexus of the first interactions between the New and the Old World.

This work gave Habiba the opportunity to visit a number of island countries, including St Kitts and Nevis, Dominica, St Vincent and Grenadines, on several occasions for various research projects. It was a unique experience of finding solutions through computational network analysis for social processes in archaeological data.

After four years of post-doctorate research, Habiba switched from academia and took all her knowledge and skills into a new role with Hamburg firm OTTO GmbH. During that time, she worked as a data scientist for business intelligence in online marketing. In 2018, the next stop was over 10,000 miles away as Habiba swapped Europe for Sydney, Australia to join Microsoft as a Cloud Solution Architect focusing on data and AI.

Now a highly-respected member of Microsoft team and co-founder of the Metric app making waves in the tech industry, it’s been a seismic rise for the little girl from Peshawar who loved playing mathematics games with her grandfather.

But what have been the most valuable lessons along the way? What are three key pieces of advice that Habiba would give to any youngster who has a dream of pursuing a similar career path, and creating an amazing app that could make a big impact in the tech industry?

“Don’t be afraid to take risks,” she advised. “Attempt to do something out of your comfort zone.

“Number two – embrace failures. Thirdly, while trying to achieve short-term goals, constantly revisit where you want to be in the long-term.” 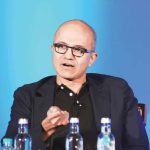