Skype’s user experience has been boosted with two improvements that are geared towards making it more fun to engage with. Microsoft has rolled out personalized emoticons and a brand new calling experience to the telecom application’s beta version.

While the term ‘personalized emoticons’ might evoke images of emoticons customized according to the user’s preferences and interests, the improvement merely allows a user to swap one emoticon with another. For instance, the first five emoticons can be swapped with a monkey, a koala, a robot, a cat and a dog, as shown in the picture.

This particular feature doesn’t work with all of the emoticons, but to Microsoft’s credit, it is certainly an improvement to the user experience. The user has more emoticon options now, and that’s never a bad thing. Additionally, heart and ribbon emoticons are now available in several different colors.

The second development to make its way in the platform is a new calling experience, which unlike the emoticons, are available only on mobile devices. There is a lot going on in the revamped design. A call-recording option is hidden in a menu at the bottom, while the outgoing video feed has been made larger. 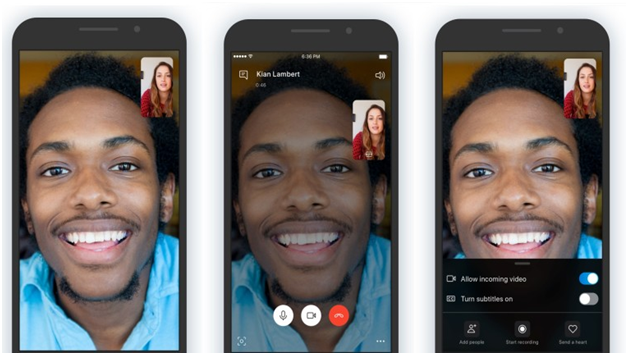 The new design also makes it easier to hide away unnecessary UI elements so that one can focus solely on the call itself, while a single tap on the screen can reveal or hide common UI controls.

So far, these improvements are only available in the beta version to Skype Insider users, but it won’t be long before these features get the green light and make their way into the wider platform.