Microsoft has long a history of launching unsuccessful browsers and in that process has earned a bad name and lots of criticism regarding their archaic browser technology. Recently Microsoft announced that they will move the Edge browser from the EdgeHTML engine to Chromium.

The general reaction from the public was very positive and many applauded Microsoft’s decision, however, Mozilla Firefox’s CEO, Chris Beard, was not happy with this. While Google is understandably happy with this decision Chris thinks that this will prove to be a bad decision for the competition between different browsers since this step by Microsoft has made Google even more powerful.

In a blog post, Beard gave his detailed review on why he is against Microsoft preferring chromium engine over the EdgeHTML engine. According to Firefox’s CEO, this decision has completely shifted the balance over the browser market to one side, Beard says that “by adopting Chromium, Microsoft hands over control of even more of online life to Google”. Furthermore, Beard thinks that this decision makes sense from a business perspective since Google has complete control over the majority of online users and it is not profitable to fight the search engine giant. However, from a social perspective, Beard argues that such power and control under a single company can prove to extremely dangerous.

He further stated that the reason why Firefox exists is not that it is profitable to stand against Google, but in fact, it is pertinent to the health of the Internet and online life. Beard concluded his blog post by urging people to try Firefox as the browser has improved dramatically and it would also provide “more choice, more security options, more competition”. 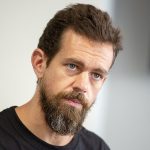